Murderer Gets Life in Oceano Slaying 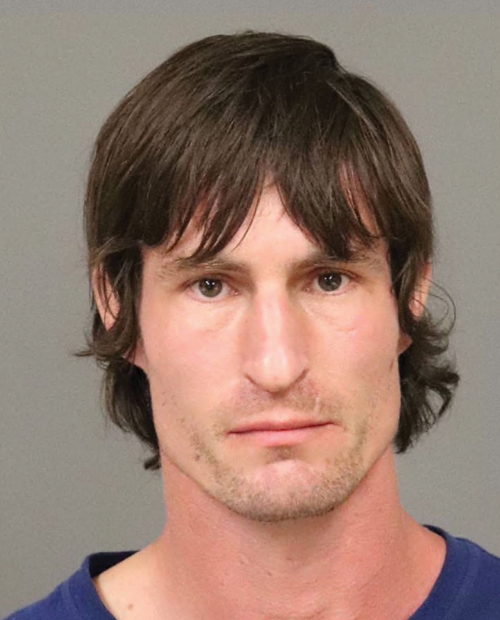 A man has been sentenced to life in prison for the 2019 murder of an elderly Oceano man, the District Attorney’s Office said in a news release.

“An exhaustive investigation by the San Luis Obispo County Sheriff’s Office ensued,” the news release said, “wherein Krause was identified as a suspect.”

It took some time to gather the evidence and bring charges. “Investigative leads ran thin,” the release said, “until April of 2021, when evidence gathered during the investigation was re-examined.” A bloody shoe proved to be Krause’s undoing.

“Mr. Boss’s blood, confirmed by DNA analysis, was located on a shoe seized from Krause on Jan. 25, 2019,” the release said. “Based on the newly discovered DNA evidence, Krause was arrested and charged with the murder of Mr. Bross.”

On Oct. 4, 2022, Krause pled guilty to second-degree murder and “elder abuse resulting in death.” He also had a previous conviction for residential burglary, which counted as a strike against him under California’ Three Strikes Law and effectively doubled his sentence.

Bross was a long-time Oceano resident and community activist. “Larry Bross, moved to Oceano full-time in 1988,” the D.A.’s Office said, “after serving in the Coast Guard during the Korean War, then teaching high school History and Government for 30 years in Northern California.”

His daughter, who was not identified in the news release, spoke at Krause’s sentencing. “My father was a collector of ideas and people. When he walked the beach he would strike up conversations and invite people to his home, a place where he loved to share his art and wisdom, and that zest for life that he just had. Our home was a place of peace for our family, friends, and strangers alike — and my father, a rock amid the turmoil of life.”

Bross’ son said that his father, “Was the center of our family. He formed the basis of our identity as Brosses. He was living his best life in Oceano in the cabin he turned into a home over a 50-year period. He was active in the community and welcomed family, friends and strangers alike with open arms. In community meetings that I attended after his murder it became clearer to me how important and loved a figure my father was in Oceano.”

D.A. Dan Dow said, “Although this sentence will not alter the impact of this senseless crime, it is an important step in the grieving process for the Bross Family. We thank the Sheriff’s Office for their dogged determination in solving this crime and striving to keep our community safe. Our hearts remain with the Bross family and loved ones who are suffering the pain of his loss.”

The case was investigated by the County Sheriff’s Office and was prosecuted by Deputy D.A. Julie Antos.