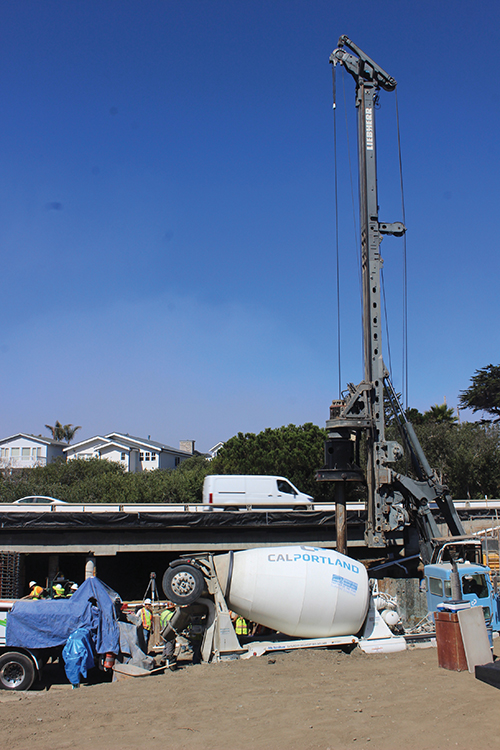 Work on replacing the northbound Hwy 1 bridge over Old Creek in Cayucos has been progressing quickly with Papich Construction of Arroyo Grande having made quick work of demolishing the old bridge and preparing the creek bed for the new one.

Taking a peek behind the construction wall, Estero Bay News stopped in to snap a few photos of the crew at work, who were in the process of framing in and pouring new concrete pilings for the bridge deck.

Papich has been documenting its work on Hwy 1 as well as a new bridge job underway on Nacimiento Lake Drive in North County, and a solar power project in Ocotillo Wells down in San Diego County on its Facebook Page, including photos and drone videos.

See: www.facebook.com/papichconstruction for some fascinating looks at major construction jobs in progress.