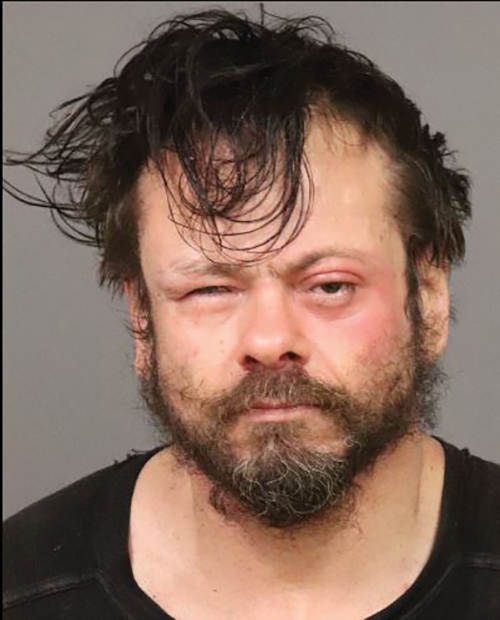 A Paso robles man convicted of a 2021 attempted bank robbery in Paso Robles, has been sentenced to life in prison under the State’s “Three Strikes Law,” the District Attorney’s Office announced.

D.A. Dan Dow announced Oct 26 that a judge had sentenced Andrew William Gilbertson, 47, to 25-years to life in prison for a Sept. 1, 2021 attempt to rob a Chase Bank branch in Paso Robles.

According to a news release, Gilbertson entered the Chase Bank and tried to exchange some wet and dirty bills presumably for clean, dry ones. A bank teller refused to change the bills, citing a bank policy not to take in soiled bills. That was when Gilbertson made a fateful mistake.

Gilbertson, “passed a note that had been written on a Chase Bank envelope which read, ‘Give me all the money,’” the release said.

“Gilbertson,” the release said, “then brandished what the bank teller believed to be a gun from within a plastic bag he held and threatened, ‘I have a gun, who do I need to shoot?’”

Apparently the note proved hit ultimate undoing. “Gilbertson had been previously convicted of robbery of a Bank of America in San Luis Obispo using a similar note in 2013,” the D.A. said.

On Aug. 16, the jury found Gilbertson guilty of the attempted robbery. Judge Timothy Covello, taking into account the fact that Gilbertson was convicted of second degree robbery in 2015 and arson in 2021 and both are 3-strikes felonies, and sentenced Gilbertson to 25-life.

Judge Covello, “also found true seven factors in aggravation which were used at the sentencing hearing to determine the appropriate sentence. The findings included: (1) that the current crime involved threat of great bodily harm and other acts disclosing a high degree of cruelty, viciousness and callousness; (2) that defendant was armed with or used a weapon at the time of the commission of the crime; (3) that defendant has engaged in violent conduct that indicates a serious danger to society; (4) that defendant’s prior convictions as an adult are numerous and of increasing seriousness; (5) that defendant has served a prior term in prison; (6) that defendant was on probation, mandatory supervision, or parole when the crime was committed; and (7) that the defendant’s prior performance on probation, post release community supervision and parole was unsatisfactory.

D.A. Dow said, “Here in San Luis Obispo County, we will use every legal means to hold repeat violent offenders accountable to the maximum extent we can under California Law. When California’s Three Strikes sentencing law is followed and imposed, like it is here, it sends a strong message to other would-be violent criminals to think twice or perhaps choose another county in which to commit their crime.”

The case was investigated by the Paso Robles Police Department and the D.A.’s Bureau of Investigation and was prosecuted by Deputy D.A. Kristin Barnard.