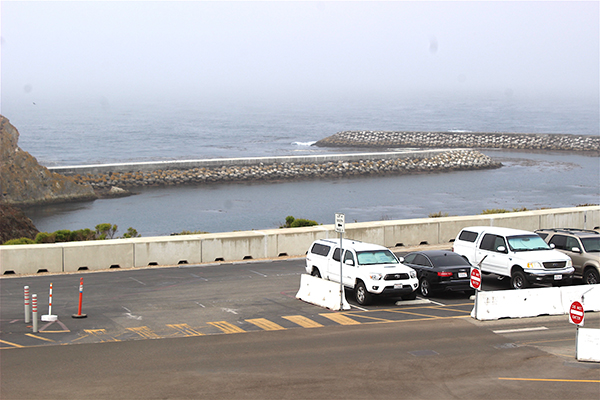 Above, Diablo Canyon’s man made harbor is part of the power plant’s seawater cooling intake system and one of numerous features that could become part of the property’s future uses. All photos by Neil Farrell.

William “Bill” Almas of SLO and Mariam Shah of Grover Beach were selected out of some 65 applicants to fill the seats previously held by Lauren Brown and Alex Karlin, according to a news release from PG&E spokeswoman, Carina Corral.
Almas and Shah will begin their terms in May. Current panel members, David Baldwin and Dena Bellman were reappointed to the board. 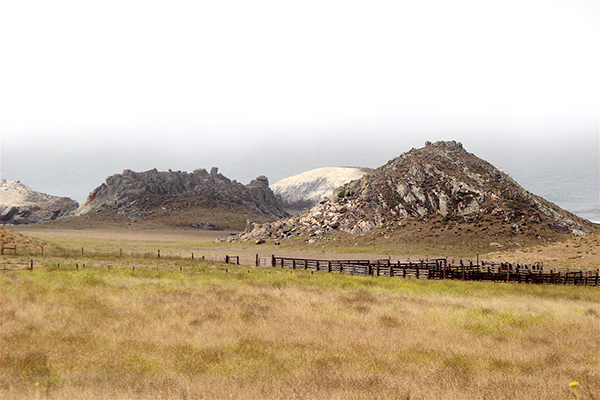 Some of the rocky shoreline and an offshore rock, form the backdrop for cattle grazing on a Coastal bluff.

Shah is a former 2-term Grover Beach City Councilwoman who resigned because her family is moving to Arroyo Grande. She has served on the executive committees of the Homeless Services Oversight Committee, the Air Pollution Control District and the California League of Cities. She also sits on the board of the Grover Beach Library, the Five Cities Homeless Coalition and has been active with the Grover Heights PTA for several years, including three years as president.

Almas was a senior real estate manager for Chevron retiring in 2015. He held various positions with Chevron and Unocal including environmental and regulatory manager, manager of government affairs, area manager and environmental and regulatory manager for Molycorp, a subsidiary of Unocal.
He was the lead for property purchases and settlements for Unocal’s Avila Beach oil spill remediation and managed the preparation of the San Luis Obispo Chevron Tank Farm Environmental Impact Report and various property sales.

Corral said the company was impressed with the number and quality of applicants.
Anders, the panel’s facilitator, said, “On behalf of the panel, we sincerely appreciate the time and effort put forth by each candidate to apply, and we’re thrilled that so many experienced and talented community leaders offered to be a part of this important process.

“We welcome these new members and feel confident the diverse composition of the panel will enable the group to capture the community’s collective vision related to the future decommissioning of Diablo Canyon.”

PG&E several years ago announced that it was ending its attempts to get new licenses to operate the two nuclear reactors at Diablo Canyon, which are slated to expire in 2024 and 2025.

Instead the company said it would focus on renewable energy sources and would be decommissioning and eventually removing the plant from the 12,000-acre Point Buchon property.

That effort alone is expected to take decades and cost several billion dollars.

The panel, and indeed most people’s interests lie with what the property’s future will hold. The immense property is bigger than Montaña de Oro State Park, which lies north of and adjacent to the Diablo Canyon property.

Potential reuses that have been suggested include a housing subdivision in Wild Cherry Canyon, which is just west of Avila Beach; adding it to the State Park’s system; and returning it to the Chumash, who claim that their ancestors lived on the property for thousands of years.

In the developed area of the actual plant, there is a huge desalination plant, the two 190-foot containment domes, the brown power plant building, a huge office complex, a marine lab, fire station and other large reusable buildings and even a protected harbor. It also has numerous dry cask storage units, enormous structures where used fuel rods are stored.

These photos were taken during an August 2018 tour of the Diablo Canyon lands and show some of the amazing vistas just along the main road up the coastline on the “Pecho Coast” and Point Buchon.