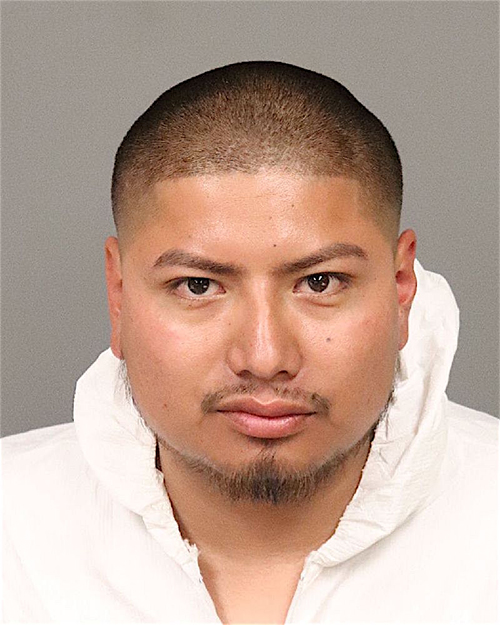 County Sheriff’s detectives quickly arrested a Santa Maria man or suspicion of murder after he allegedly stabbed a man in Oceano and fled the scene.

According to a news release from Sheriff’s spokesman Tony Cipolla, deputies responded at 1:45 a.m. Saturday, June 4 to a report of assault with a deadly weapon in the 2000 block of Ocean St., Oceano.

“When Deputies arrived,” Cipolla said, “they discovered a male subject had been stabbed. Medics responded but the victim later died at the scene.”

The alleged assailant was identified as Angel Eduardo Ramos-Ramirez, 27 of Santa Maria. He was tracked to his home in Santa Maria but they missed him. Suspect information was sent out to area law enforcement, and the manhunt was short-lived.

At about 9 a.m. on the 4th, “Ramos-Ramirez was detained by the CHP during a traffic stop,” Cipolla said, “on Highway 101 south of Los Alamos in Santa Barbara County.” The CHP turned the suspect over to Sheriff’s Detectives when they arrived on scene.

The victim was identified as Daniel Diaz, 20 of Oceano. Investigators think they’ve pieced together what happened.

“Sheriff’s Detectives,” Cipolla said, “believe the suspect and victim got into an altercation in the street outside a residence in the 2000 block of Ocean Street in Oceano. Ramos-Ramirez then stabbed Diaz several times and fled the area in a vehicle. Witnesses at the scene identified the suspect as well as his vehicle.”

Ramos-Ramirez was booked into County Jail and charged with suspicion of murder. The Sheriff’s Department said there are no other suspects sought in the case.