Woman Busted With Meth in Pismo 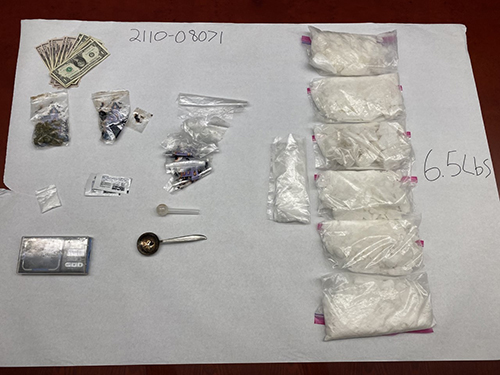 According to a news release form Sheriff’s spokesman, Tony Cipolla, at about 4:45 p.m. Thursday, Oct. 7 deputies stopped a suspicious vehicle in the 400 block of S. Dolliver St., in Pismo Beach for an undisclosed vehicle code violation. A lone woman driver was in the vehicle.

Deputies also located a digital scale, additional baggies, and some cash in the vehicle, Cipolla said. The estimated street value of the methamphetamine alone is approximately $30,000.

According to the Midwood Addiction Treatment website (see: www.midwoodaddictiontreatment.com/suboxone-strips) Suboxone strips are sometimes referred to as “Suboxone film,” and are a “dissolvable strip containing the opioid buprenorphine and naloxone, the active ingredients in Suboxone. The strips/films can be administered sublingually [under the tongue] or placed inside the cheek where they rapidly dissolve.”