I saw them circling from a mile away. There had to be over a hundred birds, all flying counter clockwise. I kept walking along the tide, getting closer to whatever bird adventure was taking place. They dipped down out of sight, then circled back around and up. When I realized they were pelicans, I was still quite a distance from them, and I figured they were flying over the bay, a large school of fish attracting them. I continued my walk from the beach to the bay, and joined a growing crowd. People were coming together to watch the feeding frenzy over Morro Bay.

A second flock was floating on the water, watching the show, same as us humans. Perhaps they had already eaten their bellies’ full and needed the rest. I wondered how the diving pelicans  — huge birds, many with a wingspan over 8 feet — didn’t plunge on top of the others as they dove for their food. Even the crash of their enormous bodies into the water did not seem to slow them down. The call of fish had captured them, the captors. It all worked in a plan the pelicans understood, giving an impressive order to the visual chaos that I witnessed.

A passing walker stopped to remark how much she enjoyed seeing my dog Sadie watch the pelicans. Sadie did not even acknowledge the compliment, so focused was she on the action. As we paused, her nose pointed out the growing sea bird circus, and her hind legs shook with tension. I held onto her leash, but wondered what would happen if I just let her go. Sadie, though, seemed as awe-struck as I. She walked with a slow crouching step, watching intently.

Finally, I was close enough to hear the splash of each dive and the background music of sea gull screeches. A tour boat passed by near the sandspit, and a dozen or so youngsters shrieked their approval. I wondered if their presence would slow the commotion, but nothing seemed to stall the avian feast. But, cars slowed, people gathered and cameras tried to catch the moment. A trio of pelicans flashed by in extreme bird acrobatics, and I heard the crowd breathe out a collective ‘ahhh.’
Here, on the Central Coast of California, in our precious Morro Bay, sometimes nature just reaches out and grabs you with its spectacle. All you can do is watch in awe.

Susan Vasquez is a member of The BookShelf Writers. To see more of her work, visit http://www.thebookshelfwriters.com 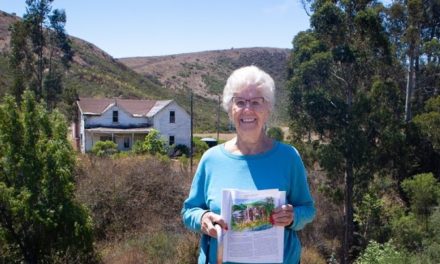 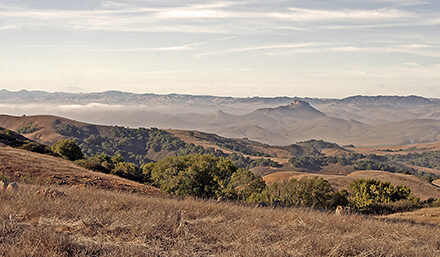 Lessons from a Crab