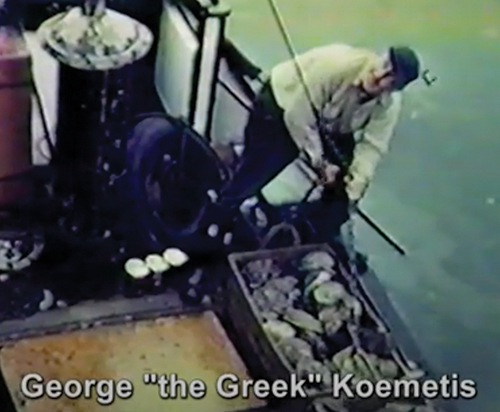 George “The Greek” Koemetis is shown offloading abalone in a screen shot taken from the film, “Morro Bay — ‘Once’ the Abalone Capital of the World,” making its debut Sunday, Aug. 22 at The Bay Theater in Morro Bay

Is anyone curious about what a wild, red abalone looks like? Or what it was like to wear 150 pounds of primitive (by today’s standards anyway) hard-hat deep-sea dive gear as you walk-crawl along the reefs hunting the mollusks?

The Morro Bay Maritime Museum Association has a brand new documentary by a local filmmaker to explain why Morro Bay was once called “The abalone capital of the world.”

The history of Morro Bay’s once world-famous abalone fishery is told in the documentary, “Morro Bay — ‘Once’ the Abalone Capital of the World,” debuting at the Bay Theater at 7 p.m. Sunday, Aug. 22, a fundraiser for the Maritime Museum.

The film was produced by Lori Mather of Lori Mather Video Services and features rare home movies from the 1950s-era, underwater, hard-hat diving intermixed with historic photographs of the men who pioneered the modern era of abalone fishing, which has its roots in ancient times.

Glen Bickford moved from Iowa to the West Coast as a boy and eventually joined the thriving fishery. Bickford, who had an interest in photography and movie making, filmed his compatriots in what was a very dangerous way to earn a living (and still is today).

In what the Association calls, “an incredible stroke of luck,” those movies and photos have survived and will have their public debut with this film.

The film discusses the earliest beginnings of abalone as a foodstuff by Native Americans thousands of years ago. The film notes that the Native Americans prized the pearl-essence of the abalone shells, which they used for fish hooks, jewelry and ceremonial pieces, examples of which are in the film.

It chronicles the early Chinese fishers from 1853-1900, who scoured the rocks at low tide for abalone, bringing their taste for the meat of the alien looking mollusk from China, where “peasants” were banned from consuming them.

The U.S. Government in the 1880s barred Chinese immigration, and in 1900 banned fishing abalone in shallow waters, the film explains, which put an end to their part of the story. The Japanese soon replaced them and free dived in the kelp forests offshore to skirt the ban.

The Japanese brought hard-hat diving to the area around 1905, and they shipped abalone to Japan until 1913, when the exportation of abalone was banned.

The Japanese flourished until World War II, when the Government deported Japanese divers and put Japanese-Americans in internment camps after the Attack on Pearl Harbor and America’s entry into the war. Their part in the story ended, too.

Local men, led by the Pierce Brothers, had co-opted their methods and technology in the late-1920s, and the industry flourished locally through the Great Depression to the mid-1970s.

Divers donned the 150 pounds of gear, and connected via hoses and ropes to the boat and a steady air supply, they dove in deeper and deeper waters.

So how much abalone was taken locally? According to the film, the Department of Fish & Game says 110 million pounds of abalone were landed in Morro Bay from the early 1900s to 1962, some 2 million pounds a year.

According to a Google search, “The average size of wild-caught abalone is 12 inches, with meat weight averaging 1 pound per animal.”

In Morro Bay, every seafood restaurant in town featured abalone on its menu, and the sound of hammers pounding the flesh into edible steaks could be heard emanating from the many processing plants scattered about town and along the waterfront.

After the movie, there will be a Q&A with a panel of local fisher folks — Trudy O’Brien, Eddie Pierce, Dede Pierce and Steve Rebuck — who will no doubt have many stories to tell.

Tickets for the 40-minute film’s premiere are $10 for Association members and $15 for the general public, and available in advance at the Maritime Museum, 1210 Embarcadero (look for the giant submarine), or call Bonnie Jones at (602) 526-4367.

Tickets are selling fast and the event is expected to sell out, but, if available, they can also be purchased at the door. Doors open at 6:30 p.m. Seating is limited and if COVID-19 restrictions sink the event, it will be rescheduled and tickets honored. DVD’s of the film will go on sale at the Maritime Museum or from the MMA’s website (see: www. morrobaymaritime.org) after the premiere. 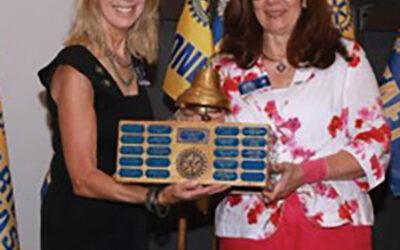