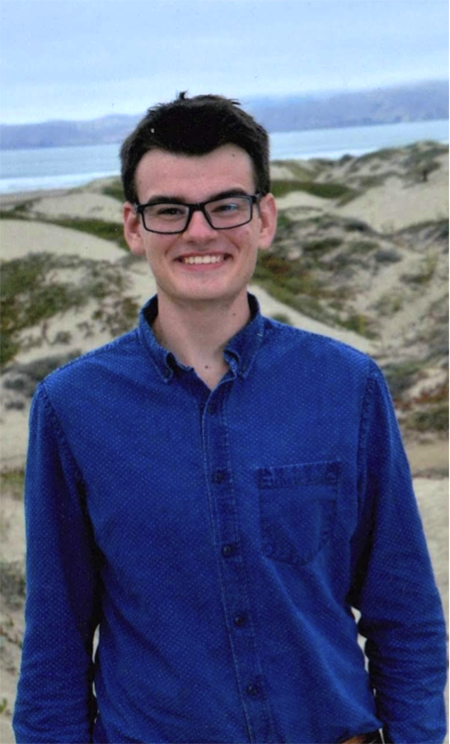 Most elementary school students don’t know what their academic pursuits will be beyond book reports and fractions after recess, but Adam Rainbolt of Los Osos had a pretty clear idea that his future would involve the past.

“I’ve been interested in history for the past probably 10 years, so almost all of my life,” the 18-year-old said.
After graduating from Morro Bay High School in June, Rainbolt will head to Ireland where he will attend Trinity College of Dublin with plans to earn a Bachelor of Arts in medieval history.

Although Adam was accepted to some prominent American universities, including UCLA, UC Berkeley, UC Santa Barbara and the University of Wisconsin-Madison, he chose one of Ireland’s highest ranked universities home to 17,000 undergraduate and postgraduate students, nearly a third of whom are international students.

Rainbolt has a weighted-GPA of 4.5, which includes extra points for honors or Advanced Placement courses and is the editor of the school’s student-led news site, The Spyglass. He worked with MBHS teacher Ryan Mammarella in 2018 to transition from a monthly printed newspaper to a website that allows student reporters, photographers and graphic artists to post daily about issues that affect the MBHS student body.

The choice to uproot his life for the next four years or more came about when he visited his sister in Ireland in 2019 for nearly a month.
“I was in that part of my life where I was looking at universities, and I happened to be in Dublin, so I stopped by and was amazed at how incredible it was. I’m really excited to be in an environment where I feel like I could really thrive academically, where I’m surrounded by people who are excited to learn. I think that being in a whole new country will allow me to really get to know a place that I haven’t really experienced before and to grow as a person.”

The Trinity College of Dublin dates back to 1592 when Queen Elizabeth I established it. It has the largest library in Ireland, the university’s website states, with over 6 million printed volumes with extensive collections of journals, manuscripts, maps and music reflecting over 400 years of academic development.

The library is where one of Ireland’s most treasured cultural relics resides. The Book of Kells, believed to have been written around 800 AD, is on display and draws more than a million visitors in non-COVID-19 years. This renowned, intricately-decorated tome is has been kept at the college since the 1600s.

The history of the school is only part of the equation for Rainbolt, who plans to ultimately earn a doctorate in history and pursue a teaching and research position.

“I think that one of the main things that pushed me in that direction was the ability to have a more hands on experience,” he said. “If I’m in Europe, if I’m in Ireland, I can participate in archaeological digs. I can work directly with museums and things like that. Even though I love California, and I think that the institutions that it offers are extremely good, I just felt like being able to be in a place where I can have that more personal experience, I can live where the history I’m studying has actually happened and that I can more easily travel throughout Europe, throughout the country, really pulled me to want to be in Ireland.”

As exciting as he is about his upcoming academic adventure, Rainbolt says he will miss his family and the warm weather. At the time of writing this story it is raining and 48 degrees in Dublin at 7 p.m.