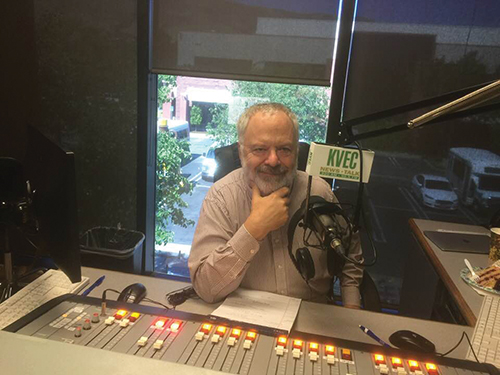 Congalton recently announced on his show that he had signed a new Letter of Agreement with American General Media in early November. Terms of the agreement were not disclosed, but Congalton told listeners that he “got everything I asked for.”

Starting on Tuesday, January 3, the popular show also known as “Hometown Radio,” will cut back to three hours and run weekday afternoons from 3:05 to 6 p.m. KVEC plans to air “Best of Dave” segments during the 6 p.m. hour. Craig Hill will continue to serve as producer.

Congalton said he started thinking about cutting back last August.

“I’ve been doing the four hour format for 20 years and suddenly I started feeling less energy,” Congalton told his listeners. “I thought about it a lot during my vacation in September. It came down to this: keep doing the four hour show and maybe do another two years, or cut back a bit and go for five. I don’t want to retire, so it was a pretty easy choice.”