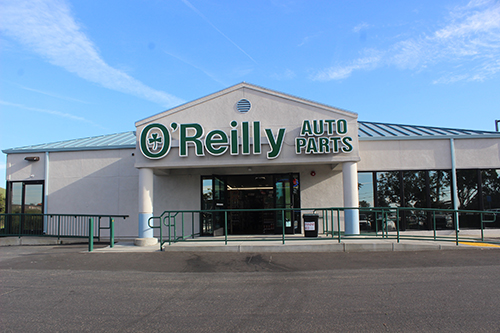 O’Reilly Auto Parts has finally opened its new store in Morro Bay, filling a store space that’s been home to a number of businesses.

Store manager, Travis Frye, said the company-owned store opened its doors Jan. 3 and they plan to hold a grand opening on Feb. 9.

It took seemingly forever to get the store remodeled and opened. The company, he said, got to a point where it was growing so fast, they had to put off opening the Morro Bay store until after the first of the year.

The parts store carries a complete line of car parts and accessories from different manufacturers, but there’s something that sets them apart from the town’s other auto parts chain store, Auto Zone.

“It’s our service and the quality of the parts,” Frye said. Their parts meet original equipment quality and manufacturing standards. They also deliver parts to auto repair professionals and bill online.

The motto is, “Never say never,” Frye explained of the company’s philosophy.

Nationwide, it’s a tough time to open a new store, as businesses are struggling to find workers due to the Coronavirus Pandemic response. Frye, who hails from Bakersfield, said he had several job options when he relocated, and the O’Reilly job seemed the best fit for him.

“Everyone is having staffing issues,” he said. But they started their hiring process early and the people they hired worked in other stores before they came to the Morro Bay store, bringing that on-the-job experience with them.

The new store fills a sizable space — 6,200 square feet — that has a long history in local business. The stand-alone building, at 710 Quintana Rd., once was home to a True Value Hardware store and then a Dollar Tree store.

True Value closed when the owner retired and was replaced by the Dollar Tree, which moved down the street a couple of years ago to share a former grocery store space with a Family Dollar store. Both brands are owned by the same company.