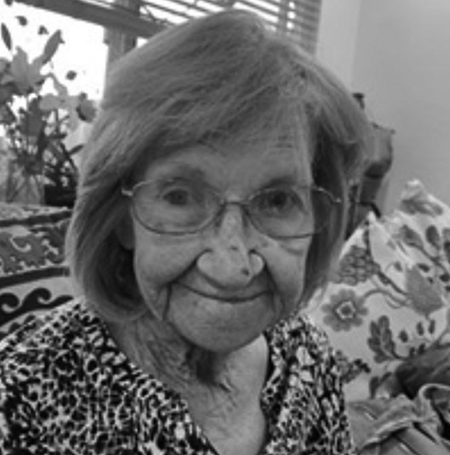 Constance Mae Russell was born on June 1, 1941 in some funky little town in the San Joaquin Valley to a feisty old broad named Ruth. She had a beloved sister named Donna and a major pain in the rear brother named Greg.

She spent most of her life in Brigden, Ontario Canada where she met her seventh husband Charlie. She lived in Oregon after they retired and after he passed she moved to Prior, Oklahoma with her best friend and cousin Donna. She had one son who was her pride and joy and endless source of distress, but he was also her most coveted person, besides her fur baby Lizzie the poodle.

Her son Willard married Sharon Heizenrader and they had 4 children. Her son brought her oakie ass back here to Los Osos by way of Coeur d’ Alene, ID where she lived for a time with her grandson Evan Williams, his wife Amanda and their 3 beautiful daughters Maliya Marie, Marlee Rose and Remington Mae.

She loved living by the beach with her granddaughter Ashley Olcott whom she lived with when she passed, as well as her favorite bacon and eggs chef Joshua Howell.

She died peacefully surrounded by love and to the tunes of her favorite album “The Red Headed Stranger” by Willie Nelson, which she played in trying times and felt a connection to only second to anything Merle Haggard.

She is survived by the above mentioned grandchildren and others Jedidiah and Mary Williams, and Nathan Williams. She was blessed with many other beautiful great grandchildren Haden Olcott and Stella Marie, her muse until the end. Chloe Bella Daugherty, Dakota Dean Williams, Austin James Williams, Sebastian Michael Hatton, Kaylee, Wesley, Lilly, and Jedidiah Jr Williams.

She will be forever loved and missed by all who ever heard her contagious cackle… and there were many, as she was well known as a drummer and steel guitar player in several Valley and local honkytonks.

Jean Catherine Arthur Leage passed away peacefully in her sleep on August 3, 2022 at the age of 93. Jean was born on...

Ron Roundy, 79, died peacefully in the beloved cabin he built on Cedar Mountain in Southern Utah, during the early...