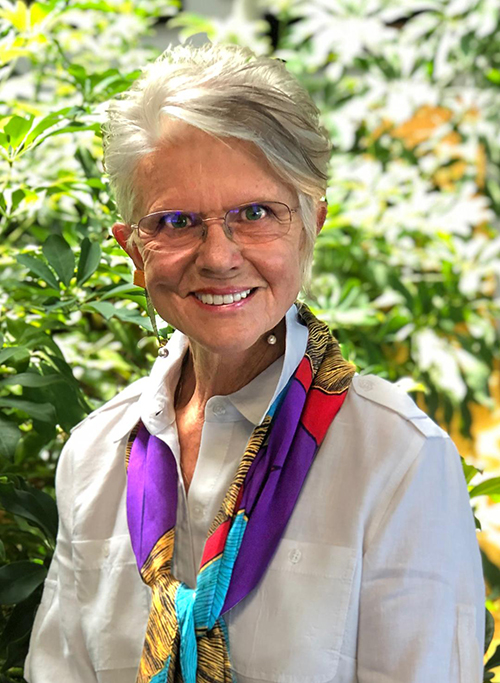 Rep. Salud Carbajal recognized a Los Osos resident with a Congressional Women of the Year Award.
Pandora Nash-Karner was one of six women honored in the 24th Congressional District spanning all of Santa Barbara and San Luis Obispo counties and part of Ventura County.

“I’m feeling pretty overwhelmed by the honor,” said Nash-Karner. “It is an even greater honor to be placed in such distinguished ranks as those of the past honorees, all of whom have made significant lifetime contributions to life in their communities and the State of California. It does take a village, and this award represents all the efforts of all those people over the years that have volunteered to help make our community and our county, better.”

The Congressional Women of the Year Award honors exceptional women who have left a positive impact on their communities. Winners are nominated by their peers and span a variety of backgrounds and professions. Nash-Karner’s work to preserve multi-use trails into Montaña de Oro led to her appointment to the San Luis Obispo County Park Commission in January 1991.

She was later elected to serve on the Los Osos Community Service District Board when it was formed in 1998. She has been instrumental in many successes including Celebrate Los Osos, a 501c that utilizes volunteers to plant, paint, beautify, build, repair, refurbish and maintain projects. Her other notable achievements include: Morro Specific Plan Advisory Committee, Capps Memorial Grove, Los Osos Skate Park, and many more.

Two other county residents were also recognized, Noha Kolkailah from Arroyo Grande, and Biz Steinberg from San Luis Obispo.
Kolkailah is the Assistant Principal of Academics at the Mission College Preparatory Catholic High School in San Luis Obispo. She founded the Peace Academy of the Sciences and Arts, which offers an enriching summer program for children ages 6 to 11, with a focus on self-awareness, global citizenship, social justice, and environmental awareness. She also helped start the Muslim Student Association at Cal Poly. In 2017, she organized a “Get to Know Your Muslim Neighbors” event attended by over 800 people.

Steinberg currently serves as CEO of Community Action Partnership (CAPSLO); a position she has held since 1984. She is an activist working to establish sustainable community centers with a special focus on youth and women. Steinberg helped develop the Adult Day Centers, Health Services, Homeless Services, and Energy Conservation branches of CAPSLO.

“The recipients of this year’s Women of the Year Award are all doing incredible work to make the Central Coast an even better place to live, often without the recognition or compensation they deserve,” Carbajal said in a news release. “I am honored to recognize these remarkable, trailblazing women for their indelible contributions and leadership in our community.”

Carbajal recognized the winners by entering a special written tribute for each woman into the official Congressional Record, preserving their stories and their impact on the community.