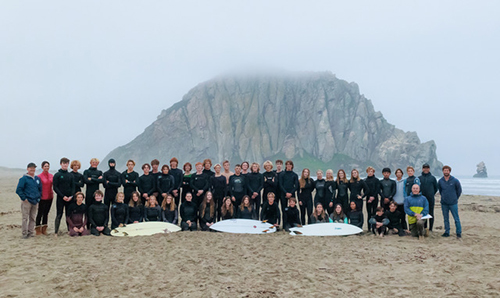 The Surf Team is not an official CIF sport and is a club team at the school.

Coach Josh Beckett is elated about his team’s success this year.

“We are still in our season,” Beckett told EBN. “We have two more contests to go. We are 3-0 overall on the season. Huge success with the team this year!”

In the photo the MBHS surfers pose for a group picture after wiping out Dos Pueblos. Photo courtesy MBHS