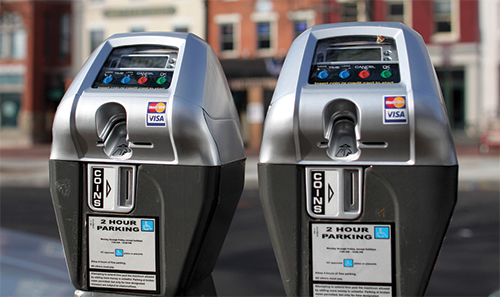 The Morro Bay City Council has given the green light to put together a pilot program to charge for parking on the Embarcadero, after a study showed spaces are at a premium during certain times of the day and week.

The Council voted unanimously on Nov. 90 to have the staff come up with a paid parking program that would decide where, when and how much it would cost to park on both the street and City-owned parking lots.

The study, by Walker Consultants, counted parking on two days in August 2020 — a week day and a weekend day — and two days in November 2020, which occurred during last year’s coronavirus pandemic response, which saw restaurants serving mainly outdoors, as their indoor dining rooms were restricted. Nevertheless, Walker said the study’s timing, when restrictions had been eased a bit, was still indicative of the parking usage on the waterfront. They were also tasked with looking at Downtown parking and parking at Morro Rock.

“Parking occupancy counts,” Walker’s report said, “were collected at a time when there were fewer public health restrictions for restaurants, retail, and hotels than during periods of peak restrictions. Therefore, with fewer restrictions on commercial businesses, patronage of businesses and the area appeared generally high, reflecting relatively normal busy weekday and weekend conditions.”

The study counted a total of 383 on-street parking spots and 753 off-street spaces for a total of 1,136 on the Embarcadero. It also reported 457 Downtown spaces and 384 at Morro Rock.

The study concluded that peak parking demand was at noon on Saturdays when 981 spaces were taken up and 155 still available, which translates into an 86% “utilization rate.”

The heart of the Embarcadero — from Pacific to Beach Streets — “experienced a higher parking demand, including 100% occupancy for the noon and 2 p.m. counts on Saturday,” the study said.

It pegged peak Downtown usage at 72% (noon Saturday) and the Rock at 89% (at 2 p.m. on the weekend).
As for turnover — meaning how often a parking space is used by a different person — on Embarcadero most spaces were used for 1 or 2 hours. It also reported 50 cars parked in the Embarcadero for 3-plus hours, which it assumes are employees working on the waterfront. Embarcadero has some 24 eateries alone, plus numerous gift shops, fishing landings, motels and more.

“If 50% of these cars represent owners or employees of businesses that could park elsewhere,” the report said, “25 spaces could have parked customers. With a turnover of approximately every 2 hours, this could mean a capacity of 75 to 100 or more customer cars on busy days.”
The decrying over employees taking up limited parking spaces is nothing new to Morro Bay, as every time the City considers the parking issue, it’s identified as a problem. Indeed, in the 1990s, the City Council passed an ordinance that placed a 3-hour time limit on street parking from Dunes Street to Marina, painting the curbs green and posting signs. But the City never really enforced the regulations and in the early 2000s, under Mayor Bill Yates, removed all the parking signs in a move to de-clutter the sidewalks.

In the November counts, Walker reported that at noon on Saturday the Embarcadero saw 67% utilization with peak parking — from Beach to Pacific — at 756 spaces used vs. 380 unused. On Saturday at noon, 95% of the spaces were being used. Off-season parking wasn’t an issue in the Downtown (52% utilization) or at the Rock (67%).

He said they would now engage so-called stakeholders in what it will look like. “We would need to establish parameters of the program [the hourly rate, what parking spaces would be paid parking, where free parking would be maintained, how it would be enforced, the type of parking technology we would use — definitely not parking meters, though we will consider kiosks and phone apps, etc.] following those discussions, and bring a proposed pilot back for Council consideration before moving forward.”

They will also have to get a coastal development permit from the Coastal Commission, as the entire Embarcadero is under the Commission’s ultimate jurisdiction.

“I do believe, though I’m not fully sure,” Collins said, “that we would need a coastal development permit for a pilot program on the Embarcadero.”
And parking on the Embarcadero isn’t just for tourists; there are employees, business owners, liveaboards and fishermen to consider, all of who likely wouldn’t turn over the spaces in just 2 hours.

“Council further directed staff to check in with Coastal Commission staff as well as get input from parking user groups in that area [businesses, employees, Harbor Board members, lease holders, liveaboards, etc.] to help inform development of the pilot.
“A key component will be retaining free parking area(s) on the Embarcadero for those who work on the waterfront and for other core users.”
A staff report estimated the paid parking program would cost $10,000-$50,000 to implement and could bring in as much as $200,000 a year or more with paid parking.

“This is a conservative estimate according to Walker,” reads the City staff report, “as it includes only 300 paid parking spaces and $1 per hour charge.
“Both of those factors could be adjusted up, thereby increasing revenues.” That money comes with a catch over how it can be spent, as the City can’t simply bank the money and spend it on other needs.

“Parking revenues are intended to cover the cost of the parking system,” Collins said, “and any additional revenues over expenditures could be used to maintain and improve coastal access infrastructure in that area [roads, harbor walk, sidewalks, lighting, etc. as examples].”
A management program would need staffing, and a decision will have to be made whether to hire City parking employees or contract with a private company.

Collins said the pilot program would probably be for one year to be able to see how it works over an entire year. “I believe the City would run it for 12 months to fully test the concept and understand fluctuations throughout all the seasons,” Collins told EBN. “If a pilot moved forward, the City will evaluate how it works, and make tweaks as needed and could look at finding additional parking capacity if it is warranted [per your question below on acquiring vacant parcels on the waterfront for parking].”

There are two sizable vacant lots on the Embarcadero — one at the corner of Marina Street and the other at Harbor that the City might consider obtaining. This is particularly true since it is actively trying to sell one of its largest parking lots at 714 Embarcadero, which used to be an RV park.
As for the numbers, which one could interpret to show there really isn’t much of a parking problem except for certain times of the day and week, Collins said they signal that something should be done.

“The parking consultant [Walker] said that many cities move forward with parking management solutions when they experience 70-80% occupancy,” Collins said. “The Embarcadero regularly experiences 80% or higher occupancy, even on offseason weekends.”

It also experiences gridlock with people coming and going to the beach when heat waves in the Central Valley bring a rush of people escaping to the cooler temps on the coast. In recent years, and on numerous occasions, traffic has been backed up from Beach Street to Morro Rock with folks trying to leave the beach. Some have suggested the Morro Creek Bridge be opened to vehicles to help ease the congestion.
“In addition,” Collins said, “the City is going to evaluate the Morro Rock parking area further. There is no Council direction to move forward with paid parking near the Rock at this time.”

The Harbor Department has been busy trying to corral what can be a willy-nilly parking at The Rock, putting in parking bumps and chalking in spaces, as well as putting up barriers — cement blocks and chain‚ to control the entering and exiting at the rock parking lot. It seems to have better organized how people park at the beach.

So why is this an issue? Collins said, “Paid parking helps create a more efficient parking system, where there is greater turnover of cars, and people are less likely to park their cars for many hours on end [such as employees or business owners — they would seek cheaper or free parking a bit further away].”
Collins didn’t know when the matter would be brought back to Council.

Enjoy the San Luis Obispo Botanical Garden for free on Jan. 17. The Garden is offering free admission to all visitors...

The Morro Bay Fire Department hosts the annual Season of Hope toy and food drive through December 17. They are...