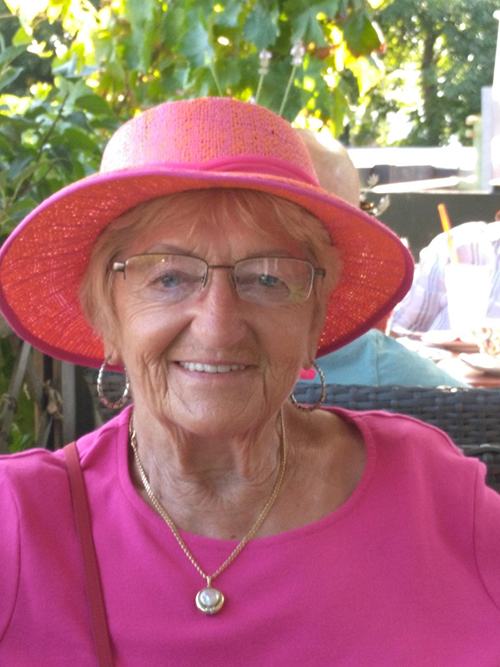 Travel agent Laurie Niblock planed to see the world during retirement and got stuck home during the pandemic.

It is no secret the world’s travel industry has been economically devastated. According the U.S. Travel Association “…since March, the COVID-19 pandemic has resulted in $481 billion in cumulative losses for the United States travel economy…” and “…50% of jobs lost is projected by year’s end.” This one industry’s continued losses equals $61.8 billion in federal, state and local tax revenues.

Laurie Niblock did not close Ocean Avenue Travel in 2019 anticipating a world pandemic. She fully intended to travel during her retirement years. Her Cayucos-based business operated from 1991 to 2019, but she started her tenure in the industry before she left Hanover, Germany in 1959.

“I’m a travel agent who loves to travel,” said Niblock. “I’m healthy and at the age when I can travel, but I can’t go anywhere.” She was forced to cancel a trip to Germany and she missed a family 60-year anniversary celebration in Texas.

Her back-up plan to supplement her retirement income is operating a vacation rental since she remodeled a portion of her home with stunning Pacific Ocean cliff-side views. She appreciated her isolated overlook was the perfect get-away to experience an authentic Central California beach town with pier-centered activities. And although Niblock has saved for potential rainy days and responsibly protects herself and her visitors from this infectious virus by filtering her booking space at least 24 hours before and after each visitor, she, like so many in the industry, are facing March 2020 revenue impacts again.

Reflecting back it was 1959 Niblock decided to come to America. “I was 21 and wanted to see something different so I took a job as a nanny. In those days each country had a quota for immigration and Western Europeans were the preferred visitors.”

She traveled to Manhasset, New York. “I took take care of Little Chuckie, a menopause baby. His father was a dentist. He wanted to train me as his dental assistant, but I realized once I had served as household help, I’d always be considered hired help.”
Laurie Hannelore Niblock had the self-confidence to know she was meant to achieve more. During the 1970s, she met friends who worked for Volkswagen. She secured a secretary position at the USA division headquartered in New Jersey.

“It was there I found “the love of my life,” she said. “A friend wanted me to meet his brother-in-law. We went out on a Saturday and on Sunday we decided to get married. He was a flight instructor for the Navy and was later transferred to California.” Within eight months he died of a heart condition. She then found herself alone in Seal Beach needing a job. “My mother back in Germany said it was a good thing it happened to me (not her other siblings) because I had the coping skills.”

During the 1980s, Niblock partnered with another friend to own and operate Dimension Tours & Travel. She also earned her AA degree in hospitality and travel, however, it was her earlier boot-camp training working for the infamous King Brothers that taught her the business. They made their money in slot machines, managing real estate, and movie production and at one time owned Air Siam with investor partners. She was the “… secretary to the boss until he was considered redundant. It was a small company and we had to learn to do all the jobs – bookings, cargo space management…”

That same boss later sought her out when he created his own travel company. A couple of their clients were Continental Airlines and a charter business that helped refugee Vietnamese and Cambodians flee their country when it was not safe for anyone who supported the U.S. Military.

Along her Southern California journey, Niblock had met and married her Charlie in 1973. “He was a kind, considerate person. Everybody loved his smile.” They were married 47 years. They retired to Cayucos in 1989; 23 of those years she took care of him until he passed in 2018. And although he was in a wheelchair “…he could always get himself out of bed, enjoyed working out at FitnessWorks of Morro Bay and loved to travel.”

How has she survived 2020? Coping skills and a love for the Cayucos community. She volunteers for numerous associations, but this year she and neighbors have come to depend on each other, particularly Lou and Sheryl Barbich and Lee and Allyn Arnold.
“I hope someday to travel again,” said Niblock. Meanwhile, Cayucos organizations can share her with her “circle family.” Cayucos is definitely home. “I like that it is a close-knit and low-key community of people who take care of each other.”

She helped start the Cayucos Art Association and a constant volunteer for thirty years, including president its first two years. When Charlie needed her at home, her active participation with the Cayucos Seniors changed to producing their newsletter for 15 years. She’s served on the Cayucos Advisory Council and been Cayucos Land Conservancy board secretary since 1999.