Saying Fare-thee-well to a Waterfront Legend 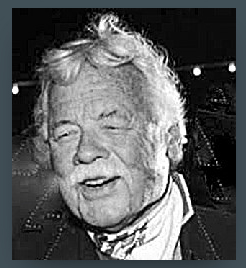 He was by many accounts a Renaissance man, a talented Jack of many trades, and when Reg Whibley died in August, Morro Bay’s waterfront lost a legend and one of its pioneers.

He was a fisherman, a surveyor, hard hat diver, a hunter, businessman, teacher, and master craftsman, who first came to Morro Bay in the 1950s when his dad, Morris, started bringing him on fishing trips from Ventura where he was born in 1944. His mother’s name was Opel.

Reg was “blessed with many talents and exceptional charisma,” according to his obituary that ran Aug. 19 in The Tribune. He lived life on his own terms, living large and “truly free.” Reg Whibley died Aug. 9.

Sometimes that living included a few things that some (government types mostly) might have frowned upon.
Los Osos businessman Mike Tutt was almost at a loss for words when asked to remark on the passing of his friend of more than 45 years. He referred to Reg as his “mentor and friend.”

The two met around 1973, while Reg was a shop teacher at Morro Bay High and started Associated Divers, later to become Associated Pacific Constructors, a marine engineering and construction firm that he sold in 2005 when he “retired.”

Tutt said he would meet Reg down at his waterfront construction yard, every Friday, “for cocktails, and to shoot the sh*t,” Tutt said.
He recalls Reg chartering a plane for a regular fishing trip they made to the Sacramento Delta and a wild time they had at a bar called Foster’s Bighorn that was decorated with just about every kind of stuffed big game animal one could imagine; a real taxidermy Heaven.

He said Reg rebuilt the Pismo Pier (in 1985) after a huge storm in 1983 knocked down most of the landmark, along with the Standard Oil Pier in Estero Bay (never rebuilt) and caused extensive damage to the Avila Pier as well.
“He built the Pismo Pier,” Tutt said. “That’s the job that really got him started.”

In the next several years Associated Pacific rebuilt the Morro Bay T-pier, and the footbridge in Mission Plaza SLO that crosses San Luis Creek, among numerous other projects.

Martin Lomeli was friends with Reg for about 25 years, first meeting him when Lomeli was working for the County and catching up again about 4 years ago when Lomeli retired from government work and moved permanently to Morro Bay.
“He was a character,” Lomeli said of his old friend. “He was a man’s man who loved to hunt and fish and loved to tell stories.”
Like many men of the sea he didn’t always impress everyone. He was opinionated and strong-willed, Lomeli said, and “You either loved Reg or hated him.”

Lomeli explained that Reg was widely read and very talented. “He was one of the smartest guys I’ve ever met.”
Reg graduated from Ventura College and served 2 years in an Army M.A.S.H. unit. He attended Cal Poly and majored in industrial arts graduating in 1970.
He became a teacher at Morro Bay high school, where he shared his love of woodworking and art, and where he touched many young lives.
He and two partners started Associated Pacific in 1972 as a marine salvage and construction business.
Associated Divers later became Associated Pacific and the company built docks, piers, marinas and more up and down the Pacific Coast.

He dropped the first moorings in Morro Bay Harbor and was instrumental in the overall development of the State Park Marina, including taking what was a hot dog stand and turning it into what became The Bayside Café under owner Dawn Borst in 1987.
And in 1993, he built a beautiful, art deco façade onto an old Quonset hut at Associated’s yard on Main Street.
Reg held the lease on the marina for many years, and battled with the State Parks Department over making extensive repairs to the marina’s floats and pilings.

Reg’s true talent involved woodworking and he could reclaim, repurpose, and revive anything. Among his proudest accomplishments was the Treehouse, up near Lopez Lake, which Reg and wife Judy built and furnished.
But perhaps the most unique thing about the Treehouse, was its guest room. Another of Reg’s friends, Scott Mather said, “What do you do when your tree house needs another bedroom? You buy an antique military plane — a Beechcraft C45 — and fit it out as a bedroom. Reggie always thought outside the box!

He had a knack for living life to its fullest, something Tutt could attest to. Tutt, who was starting his own tree service at about that same time, said, “I will always remember that I never saw the guy get mad. He always had a smile on his face.”
An outdoorsman, Reg fished the Pacific on his boat and hunted on property he owned in Monterey County. He was an advocate for the health of the ocean and the land; and was a major sponsor of the Black Brandt Group, which advocates for duck and goose hunting in the Back Bay.

He was once honored as the group’s “Sportsman of the Year.”
He collected vintage cars and hung out with the “Rock Car Group” on their regular Saturday morning, mini, car shows in the Front Street parking lot.

He will also be remembered for 4th of July fireworks shows he would put on from the Associated Pacific yard, after the public fireworks show ended; and for the canon he would blast off, which Tutt recalled as being extremely loud.

He custom built tables, chairs and furniture for his friends and carved elaborate gunstocks for his rifles. Nathan Duty, a life-long school friend in Ventura, recalled in a posting on Reg’s obit, “Reggie was extremely skilled at woodworking. I was with him at a gun shop on The Avenue, we were both in ninth grade I think, and he picked up a walnut, rough-cut stock blank and just by looking at it he could see the finished product. He bought it and an old Martin single shot rifle and about a month later, had one of the most beautiful rifle stocks I have ever seen to this day, on one of the dumbest rifles ever.”

Former student, Steve Cadenasso said that in 1976, “he came up with the cardboard boat race in the MBHS pool. It was crazy fun and almost ruined the filter system, LOL.”
And, Judd Conley wrote, “I was very blessed to have crossed his life. I will not forget all the smiles and the times we had together. I’m positive I will see him in Heaven.”

Another friend, Dawnita Fields wrote, “Morro Bay has lost a true treasure, a kind honest true gentleman; always had a smile; a true friend to everyone. I was lucky to have him as a teacher at MBHS and a fried for life. Reggie is a legend in our town; he will be missed. He is truly loved. I am so sorry for your loss. Sending love and prayers to you. RIP Mr. Whibley.”
I

n sum, “With a glass of Jim Beam in hand,” reads his obituary, “his loving wife Judy and cat Tony by his side, he always had a tale to tell about his many adventures throughout the world, and his escapades in Morro Bay.”
“A craftsman, designer, diver, instigator and true original, he will be sorely missed by those who were fortunate enough to have crossed his path.”