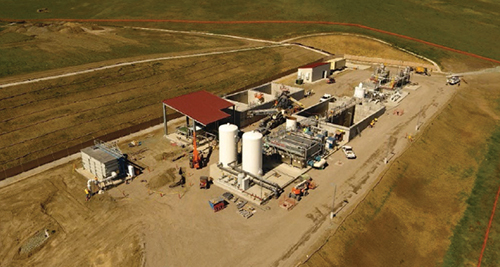 Like a page out of the old adage, “What can go wrong will go wrong,” Morro Bay’s Water Reclamation Facility (WRF) project has seemed snake bit from the start, with issues cropping up seemingly every few months, starting early on with a large landslide at the WRF treatment plant site in Spring 2020 shortly after grading work began.

Oops-ies have included — six broken water pipes during construction of the conveyance system including a break on the very first day of trenching; a broken sewage bypass line on day one of trenching; a snag hit during tunneling operations under the Roundabout that cause a several months delay; having to remove many more trees than originally planned along the power plant bike lane; and the most recent being a hiccup in the start-up of the WRF treatment plant.

Slated to begin receiving raw sewage on Oct. 4, the WRF plant has been in testing mode for months and on the 4th, it was supposed to be show time.

But when the sewage started to flow, that’s when it hit the fan.

The plan was to bring in a culture of microbes to feed into the bio-digesters, where the actual removal of “solids” takes place.

The little critters (called “activated sludge”) feed on the organic material in the sewage and then die off. The bodies of the microorganisms are pulled out of the tanks and into drying beds.

Eventually, this solid material will be squeezed of water (which is sent back into the plant) and loaded onto a trailer and trucked for disposal on agricultural fields in the Central Valley for fertilizer.

Estero Bay News received a news tip from a reader, who has also been a watchdog on this project, informing us that when the sewage was piped to the new plant, it didn’t work.

The tipster said the “activated sludge” that was introduced into Morro Bay’s plant, failed.

The tipster also said the plant received some 120,000 gallons of sewage it couldn’t treat and he had no idea what they did with it.

Estero Bay News sent the tipster’s information to Public Works Director Greg Kwolek for verification. As to the activated sludge failing, Kwolek said that it hadn’t yet been determined what caused the incident and they were still investigating.

He said it was true that they were unable to treat the sewage sent to the plant, but they were able to reverse it and send it back to the Atascadero Road sewer plant for treatment.

He disputed the figure of 120,000 gallons being untreated, “We don’t have a number at this time,” he said.

The sewage, “Was first treated and then discharged to the ocean from the old plant,” Kwolek said. “No wastewater was discharged that wasn’t already treated.”

What does this mean for the start up of the plant?

Kwolek said, “We are currently in the start-up and testing phase of the new plant. Our plan was and still is to remain in start-up phase for approximately two to three months to iron out any wrinkles with the operation of the new plant.

“This is what we are doing and the wisdom of that decision has now been confirmed. As issues come up, we will fix them in coordination with the design-build team, who still has care and custody of the plant.”

He added that the sludge problem has been fixed.

The City’s WRF Project is, at $160 million and counting, the largest, most expensive public works projects in the City’s history.

It is being done on the orders of the Regional Water Quality Control Board, which in 2003 ordered the City and Cayucos Sanitary District to upgrade the Atascadero Road plant, which they jointly own. The water board order was to upgrade to full secondary treatment, all the time.

That would allow the water board to remove a so-called “301(h) waiver” a special status and permit under the Federal Clean Water Act.

The old plant was rebuilt to full secondary treatment back in 1983 but over the years, and because of the growth in tourism for both communities, the flows are such that on a handful of days a year they had to blend the primary and secondary effluent and discharge it into Estero Bay, via an underground pipeline north of Morro Rock.

Having the 301(h) waiver protected the agencies but water boards up and down the coast had been actively forcing upgrades to get rid of these permits, with Morro Bay, Goleta and San Diego being the last three in California. Goleta no longer has the permit and Morro Bay’s new plant won’t either.

That started the City and CSD on an odyssey to meet the RWQCB’s orders, with a fateful stop at the Coastal Commission in 2013, when commissioners unanimously upheld the 14 appeals that were filed against the City’s initial project, sited at the old plant property on Atascadero Road.

The Commission cited several potential “Coastal Hazards” that had to be avoided — in particular future sea level rise caused by climate change.

The ensuing years have seen a divorce of the CSD and the City, with Cayucos building its own treatment plant on Toro Creek Road that went online in Summer 2021.

Forced by the Coastal Commission to find an inland site for the new plant, the City spent several years examining some 30 potential sites, finally settling on ranchlands in the foothills at the terminus of South Bay Boulevard, behind the Casa de Flores senior living home.