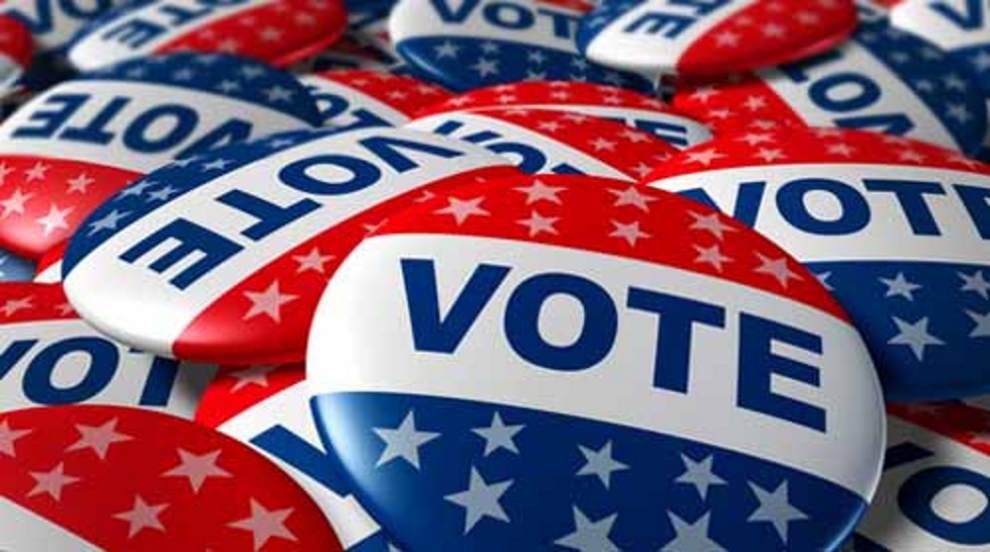 With a coronavirus pandemic and shelter-at-home orders still in effect, the November Presidential Election is shaping up to be something very different than what voters are used to.

In fact, the next election will be a true challenge for a County Elections Office that is already stretched thin and losing nearly half its volunteers over fears of the virus.

Along with conducting what is anticipated to be an extremely contentious election with record voter turnout along with cyber-security and Public Safety Power Shutoffs in mind, Clerk-Recorder Tommy Gong said in a staff report to County Supervisors that he has, “major concerns with the Nov. 3, 2020 General Election now include the health and safety of voters, election workers [whom the vast majority are in vulnerable groups], and staff/temp help workers in the office throughout the entire cycle of the election. While we do not know what the extent of the pandemic will be in November, the Presidential General Election must take place, so we must plan for the worst and hope for the best.”

With fears of catching the stubborn Coronavirus, Gong said his office had “a significant number of poll worker cancellations due to the news about COVID-19 coming to light in late February.”

In talks with County Clerks across the state, Gong said, “As the health community found that age groups above 65-years old were among the most vulnerable, an unprecedented number of poll workers began cancelling their participation in November due to the health concerns. These workers are by and large the essential core of workers during an election. In the same way, polling place locations have pulled their venues for November.”

He added that in San Luis Obispo County, some 46% of poll workers have cancelled and 46% of the poll locations have cancelled, as well. The phenomenon was actually nationwide, as states have continued to try and hold Primary Elections in the midst of the pandemic, struggling with an avalanche of vote-by-mail (VBM) ballots going out in places where they weren’t equipped to handle it.

But SLO County and California have an advantage in this regard, as both already have a majority of voters that use the VBM ballots. Indeed, California has allowed permanent VBM since 2002.

In anticipation of this issue, Gov. Gavin Newsome issued two executive orders with regards to the upcoming election, making major changes to the way it will be conducted.

Among the orders are: every voter will get a ballot in the mail and the Secretary of State’s BallotTrax tracking system will be used to tract ballots; one polling location must be set up for every 10,000 registered voters (SLO County currently has about 177,000 registered voters) with polling places set up in larger facilities to make it easier for social distancing.

Also, polling places will be open for four days instead of just one (Saturday-Tuesday); personal protective equipment — face masks and hand sanitizer — will be used; the County must set up VBM ballot drop-off locations at a rate of one for every 15,000 voters; the Clerk’s Office has to develop a draft plan and submit it for public comments prior to the election; and must also do sufficient voter education and outreach.

But naturally, someone challenged the Governor’s orders in court and Gong said the State Legislature passed a new law (AB860) that codified the mailing of ballots to every voter, expanded the provisional ballots system (normally reserved for overseas military members and voters with disabilities) to be used by any voter; counting ballots that come in up to 17 days after the election provided they are post marked on or before Election Day; and allowing the processing of VBMs as early as 29 days before the election (previously it was 10 days).

That last one should help speed up the count and perhaps provide voters with results sooner.
Other parts of the Governor’s executive orders are being codified in another bill, SB423, dealing with the 4-day voting period; requiring that each polling place have at least three handicapped accessible voting booths, and public noticing of the locations and new procedures for voting at least 10 days before the election, among other provisions.

Gong thinks the new rules are workable. “Providing every voter a VBM ballot is a sound response to the COVID-19 pandemic,” he said, “this is particularly effective for those who do not want to go to a poll due to concerns related to COVID-19. Statewide, 75% of voters are already receiving a ballot in the mail; in San Luis Obispo it is 80%.

All of this of course will cost a lot of money. Gong asked Supervisors for an additional $229,000 to a contract with Dominion Voting, an equipment provider, for a maximum total contract of $1.3 million, but is expecting to get some $1.4 million in grants from the State and Federal Governments. He also asked to buy 30 ballot-on-demand printers at a cost of $187,000.

He wants to hire one more information technology specialist and two deputy directors. He also said he’d need more for additional election workers to staff polling places over four days instead of the normal one.

With a contentious Presidential Election on the ballot, Gong expects turnout to be big. “One of the main concerns with transitioning to a vote center operation is long lines at voting locations,” he said. “This has been indicative in states with large numbers of poll workers and polling places cancelling, and no infrastructure for large-scale VBM voting.

“However, considering COVID-19, reducing exposure to the virus by sending every voter a ballot in the mail and reducing the number of voting locations will assist in keeping the pandemic curve flat. With an extensive voter education and outreach program, the department hopes to convince most voters to use their VBM ballots or come to a voting location before Election Day.”

Gong’s still got to overcome fears amongst the poll workers.

“With a 46% cancellation of poll workers,” he said, “there is much concern that the County will have insufficient numbers to support voting locations. While election workers desire to assist on Election Day, many are concerned for their health, so the need for health and safety measures is great. Certainly, having fewer voting locations reduces the number of workers required to staff a location, but if COVID-19 rebounds aggressively as Election Day approaches, the department will need to develop contingency plans.”

When the election comes around, voters in District 2 will have just four polling places — the Cambria Vet’s Hall, Morro Bay Community Center, the Cal Fire Station South Bay in Los Osos, and the Cal Poly Performing Arts Center Lobby or at Mott Gym.

It appears at this time that Cayucos will not have a polling place, but Gong’s report does list a drop-off location in Cayucos, but hasn’t yet announced where it will be.

Other drop-off locations include the Cambria Library (or CSD Office), Morro Bay City Hall, Los Osos Fire Training Center (at Sunnyside School), and the LOCSD Office, and at the Cal Poly ASI Office.

Gong reassures that his department is out in front of all this. “Over the past five years,” he said, “San Luis Obispo has been making incremental steps to be prepared for such a shift, with a successful implementation of new voting system, new voter registration system, integration with statewide voter registration database, automatic registration at the DMV, conditional voter registration, equipment to support VBM ballot processing, and VBM ballot drop boxes as well as additional personnel your Board had approved.

“The Clerk-Recorder is well-positioned to successfully implement these changes to adapt to these new requirements with assistance from the IT Department or consultant, as well as the three consultants described above.”

So with the nuts and bolts of the election being addressed, the attention turns to individual elections, such as the three city council members up for re-election in Morro Bay.

First term Mayor John Headding is running for re-election and will face the same opponent of 2-years ago. Local businessman John Weiss recently announced on social media that he would again challenge Headding.

Councilwoman Marlys McPherson and Councilman Robert Davis are also up for re-election.

Both Davis and McPherson were not yet ready to announce their intentions. McPherson said she wants to wait a while in the nomination period before making an announcement, thus seeing who her potential competition might be.

One other person, Melanie Williams-Mahan, has filed a Form 501, which announces one’s intentions to run for office and allows him or her to open a bank account and begin raising campaign funds. Weiss also filed a Form 501, and Mayor Headding filed the form last summer.

The City Council set the nomination period for July 13 through Aug. 7, and the filing deadline will be extended to Aug. 12, if an incumbent does not file.

Also, Councilwoman Dawn Addis is in the race for State Assembly against incumbent Jordan Cunningham, and should she win, a replacement would have to be named by the City Council to finish her term (two more years).

Election information will be posted on the City’s website, see: www.morro-bay.ca.us. And if anyone wants to run for city council they are advised to contact the City Clerk’s Office for assistance.