Yes, Virginia, There is a Santa Clause 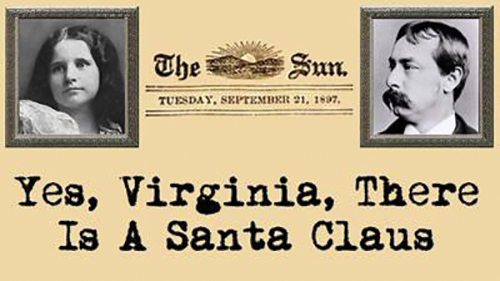 We take pleasure in answering thus prominently the communication below, expressing at the same time our great gratification that its faithful author is numbered among the friends of The Sun:

“Dear Editor–I am 8 years old.
“Some of my little friends say there is no Santa Claus.
“Papa says, ‘If you see it in The Sun, it’s so.’
“Please tell me the truth, is there a Santa Claus?
Virginia O’Hanlon
115 West Ninety-fifth Street