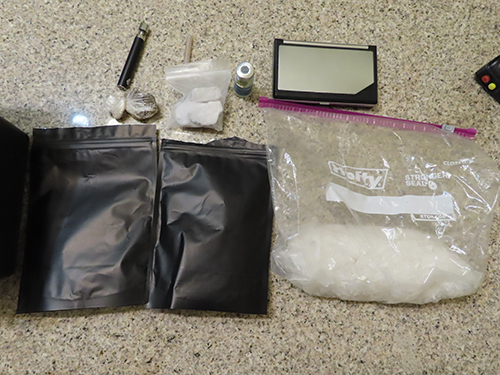 An Atascadero man was arrested on suspicion of possessing illegal drugs for sale. Among his stash were heroin [in the small tied-off baggies shown here]; two black pouches with Xanax pills; a small Ziplock baggie with fentanyl; and methamphetamine. Photos courtesy SLO County Sheriff’s Department