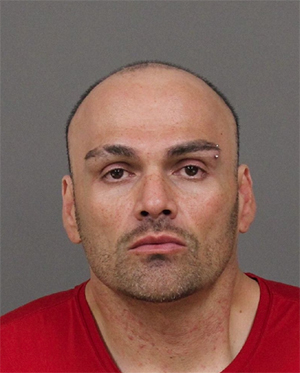 A truck stolen during a home invasion robbery of an elderly woman was found abandoned at a gas station morning in San Jose.
According to Sheriff’s spokesman Tony Cipolla, at about 1:50 p.m. Sunday, Feb. 13, deputies responded to the 1700 block of O’Connor Way, which is off Foothill Boulevard just north of the Los Osos Valley Road intersection. O’Connor Way is the back road to Cuesta College and Camp San Luis.
The robbery had actually occurred earlier that morning. “The victim told detectives the suspect took cash from inside the residence and then stole the victim’s truck,” Cipolla said. The truck is a gold 2006 Chevy Silverado with the license plate number of 8Z85747. Deputies put out an alert on the vehicle and released a photo of the truck.
The suspect was described as a white male adult in his 60s, approximately 6-feet tall or possibly taller, with a heavy build and gray hair. And by the next day, they’d identified a suspect.
“Through the course of the investigation,” Cipolla said, “Sheriff’s forensic specialists and investigators with the Major Crimes Unit identified 38-year-old Johnny Jesse Roman, Jr., of San Luis Obispo as the suspect in this case.”
“Roman,” Cipolla added, “is believed to have entered the home of an elderly female and stole cash from the residence and then stole the victim’s truck.” Roman’s previous jail mug shot was also released to the public.
An arrest warrant has been issued for Roman and the Sheriff’s Department said if you see this vehicle or the suspect “do not attempt to make contact and immediately call 9-1-1.”