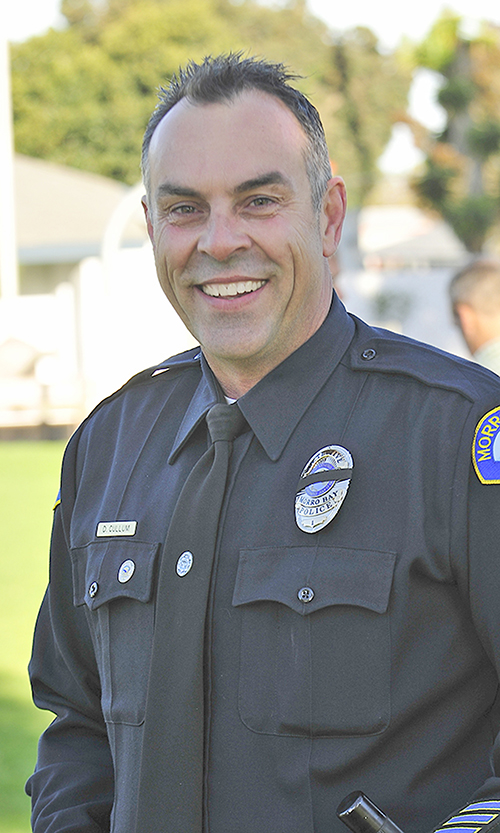 There have been more changes at Morro Bay Police Department, as a long-time officer retires and another is promoted to take his place.

Sgt. Dale Cullum retired form the police force in July, after some 27 years on the job, the last 11 at MBPD.

Sgt. Cullum holds the distinction of being the only MBPD officer to shoot someone in the line of duty when he wounded an aggressive homeless man who was witnessed breaking into a local store and stealing some rather bizarre items before fleeing on bicycle. Cullum and another officers caught up to him on Coleman Drive. The man was shot in the leg after resisting arrest and attacking the officers with a big stick.