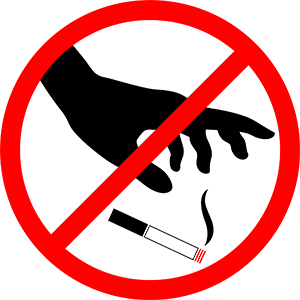 A town that passed a law prohibiting smoking outdoors in public places, is passing another law to put out ashtrays and collect cigarette butts.

The Morro Bay City Council recently amended its anti-smoking ordinance to allow placement of cigarette butt receptacles in high traffic areas where the City has received complaints about cigarette butt litter from residents.

City Engineering Technician, Derek Hanson’s staff report proposed adding Ordinance No. 652 to the muni codes, that would be “Allowing Smoking Receptacles within the City Right-of-Way.”

The City was approached by the County Tobacco Control Program about putting out receptacles in a pilot program “to measure their use on the Embarcadero and Harborwalk.”

The County would provide the receptacles and the City is responsible for emptying them and inventorying and documenting the contents for the study. It would then dispose of the butts (and other trash) in a safe manner.

Hanson said if they prove to reduce the number of cigarette butts thrown on the ground — due to a lack of proper receptacles — then they would be left out permanently, which will add to the City maintenance crew’s workload.

“Staff believes participation in this program,” Hanson said, “would reduce cigarette butt litter in high traffic areas and would result in fewer cigarette butts in waterways and the ocean by directing the waste into receptacles.”

It should be noted that there are several “butt buckets” — metal pails filled with sand — that were put out by Morro Bay Beautiful, a local beautification non-profit organization, at strategic spots along the Embarcadero, and to great effectiveness.

In what can only be described as irony — the City’s new ordinance might help clean up litter, but it doesn’t excuse smoking itself, which will remain illegal in public places, including the Harborwalk, Embarcadero and the beach.

“The proposed ordinance,” Hanson said, “would permit the placement of smoking waste receptacles by the City with authorization of the Public Works Director within the City right-of-way. However, the alterations would not permit smoking in any location where these public receptacles are installed.”

As a side note, volunteers with Morro Bay Beautiful have for decades conducted Monday morning cleanups of the Rock parking lot areas, picking up litter left by weekend visitors. That haul often includes piles of cigarette butts.

Some thoughtless people dump their ashtrays out on the ground before heading home, leaving a pile of butts that are then snatched up and carried away by seagulls.

It’s long been an issue that may have been exacerbated after the City removed all the trashcans from the Rock parking lot, in favor of dumpsters located at the public restroom.