Arrest Made in Oceano Man’s Murder 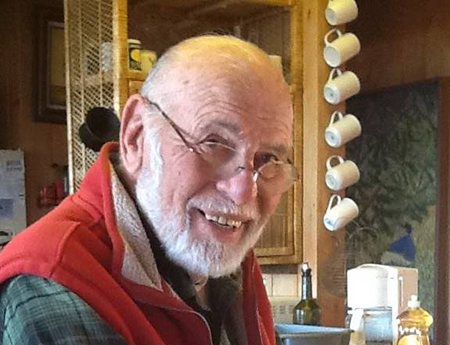 A Grover Beach man has been arrested and charged with homicide in the 2019 murder of an elderly Oceano man who was killed inside his own home.
On April 9, Sheriff Ian Parkinson announced the arrest of a suspect in the Jan. 24, 2019 murder of Lawrence Albert Bross, 90 of Oceano.
The suspect was identified as 41-year-old David James Krause of Grover Beach, a man who came under suspicion since shortly after the murder.
On Jan. 24, 2019, Sheriff’s deputies were dispatched to check the welfare of at a home in the 1400 block of Strand Way, Oceano, according to a news release from Sheriff’s spokesman Tony Cipolla.

“When deputies arrived, they discovered the body of Bross inside the home,” Cipolla said. “After an extensive investigation, detectives were able to identify Krause as the suspect in this case.”

According to a March 2019 update, the Coroner’s Office determined that Bross suffered “multiple chop force traumatic injuries,” leading to his death, which early on was ruled a homicide.

In a series of updates from Cipolla following the original Jan. 24 “suspicious death” announcement, detectives first asked for the public’s help identifying a man who had been seen with Bross a few days before his murder.

They then asked for help finding a late model (over 15 years old) gray sedan their still unidentified suspect was suspected of driving at the time and asked for any video camera footage from Bross’ neighborhood.
After the Coroner’s announcement in March, the case fell off the news cycle but detectives continued to investigate and the trail led them to the County Jail.

Krause was actually in custody in County Jail on unrelated charges when detectives arrested him for suspicion of murder on April 8.
“We have very dedicated detectives,” said Sheriff Parkinson. “Through their perseverance, we are able to identify and arrest the person responsible for this heinous crime.”

Why’d it take so long to make an arrest? “This case involved significant laboratory follow-up,” Cipolla said, “which resulted in DNA, which clearly identified the suspect. This type of analysis is exceedingly detailed and extremely time-consuming, but the end result is the apprehension of a suspect.”
Solving Boss’ murder cleared the books on the six homicides committed in 2019 that the Sheriff’s Department investigated.