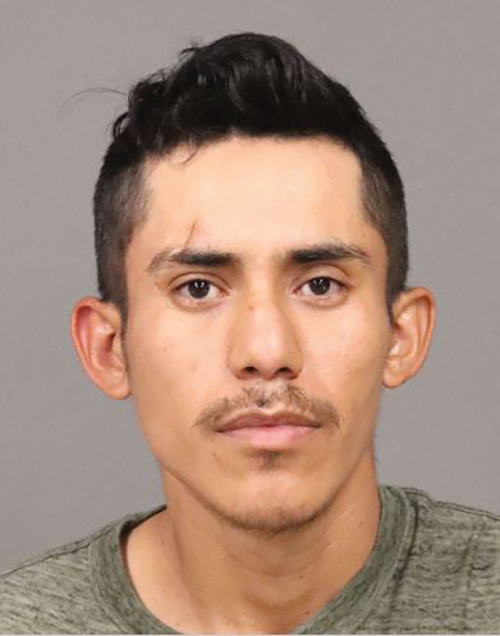 A Cambria man has been sentenced to life in prison for kidnapping and raping a woman, attacking her from behind on a popular walking trail in Cambria.

District Attorney Dan Dow announced Dec. 2 that Cambria resident Jesus Barajasvaldovinos, 33, was sentenced to 28-years to life in state prison after being convicted of “kidnap for rape, forcible rape, forcible oral copulation, and forcible digital penetration all with the allegation that the victim was moved to a place that substantially increased the risk of harm.”

Barajasvaldovinos had earlier pled guilty to all charges. He will also be required to register as a sex offender for the rest of his life.

The crime occurred in Cambria on the late afternoon of June 27, 2021. The victim was reportedly walking along the Santa Rosa Creek Trail adjacent to Hwy 1 when Barajasvaldovinos accosted her and pulled her into the woods where he assaulted her.

D.A. Dow said, “The unthinkable violence committed against this woman warrants the maximum prison sentence. We applaud the remarkable courage of the survivor in reporting the crime and participating in the process that ultimately brought this sexual predator to justice.“

According to a Sheriff’s news release at the time of the crime, “The suspect held the victim against her will and sexually assaulted the victim over the next several hours before leaving her and fleeing the area.”

The case was also notable as the Sheriff Department’s first time using a new tool, “the ANDE Rapid DNA instrument to develop a DNA profile of the suspect.”

That quick DNA profile turnaround helped identify the likely suspect in the case and led to his arrest. The victim picked him out of a photo line up. She also testified against Barajasvaldovinos.

At sentencing the victim provided “a powerful written statement to the court,” the news release said, “describing the impact of the assault on her personal well-being, noting the ‘anxiety, paranoia, and heavy emotional trauma’ caused by the crimes.

“The sentencing judge described the incident as one of the most depraved acts the court has seen and that a life sentence is justified.”

The case was investigated by the Sheriff’s Office and the D.A’s Bureau of Investigation and prosecuted by Deputy D.A. Danielle Baker, who is assigned to the Sexual Violence and Child Abuse Unit.