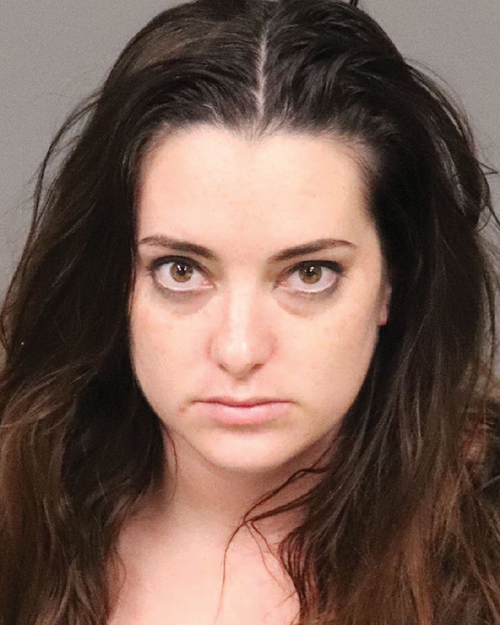 A Los Osos woman who was convicted in a fatal drunk driving crash 5-years ago, is in hot water once more after she was arrested in Morro Bay for suspicion of felony drunk driving, and again faces significant time in State Prison.

This latest incident occurred on Halloween Night and involved a destruction derby on the city streets. “Brencola,” the release said, “struck several parked cars while driving with a blood alcohol level exceeding .30-percent, more than three times the legal limit for driving which is .08 percent.”

There were no injuries reported in this incident but you can’t say the same for her previous DUI arrest.

“In a prior alcohol-related driving death occurring on Aug. 29, 2017,” the release said, “Brencola struck and killed Cal Poly student Kennedy Love who was riding his bicycle on Foothill Boulevard in San Luis Obispo. “

She was convicted of vehicular manslaughter for the crash and was sentenced to seven years in prison but got out early. “She received a seven year sentence but on Dec. 18, 2019, was released early by the California Department of Corrections and Rehabilitation based on her participation in a community re-entry program while housed in prison.”

Brencola is scheduled to be sentenced on Jan. 30 for this new DUI. This conviction carries a maximum penalty of three years, the D.A.’s Office said, but because of the 2017 accident, it could be doubled to six years in prison. She already has one “strike” against her for the death of Love, which the D.A. said counted as a “strike” under California’s Three Strikes Law.

The case was investigated by the Morro Bay Police Department and was prosecuted by Deputy D.A. Lindsey Bittner.