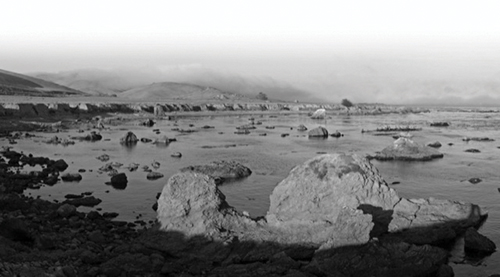 The Cayucos Land Conservancy is applying for a renewal of accreditation by the National Land Trust Accreditation Commission to continue to protect open spaces including the pictured Estero Bluffs.  Photo by George Lepp

The Cayucos Land Conservancy Board President, Dr. Glenn Oelker, said the organization is applying for renewal of accreditation by the National Land Trust Accreditation Commission.

“Voluntary, independent accreditation,” Dr. Oelker said, “gives the Cayucos Land Conservancy greater credibility and respect with landowners, donors, public policy makers and other stakeholders. I believe it will enhance our efforts to protect open spaces, wildlife habitat, productive lands and the beautiful landscapes around Cayucos and along our coast.”

According to a CLC news release, “Accreditation is a mark of distinction in land conservation. To date fewer than 500 of the nearly 1,700 land trusts in the U.S. have been accredited. The accreditation seal provides the public with an assurance that the accredited organization has the ways and means to protect important natural places and working lands forever.”

The CLC formed in 1998 in response to a proposal to subdivide and develop with houses the Estero Bluffs, a Coastal bluff north of Cayucos along Hwy 1. The CLC led the effort to buy and preserve the bluffs, which was put into the State Parks system.

Accreditation is a key accomplishment for success in conservation efforts. “The rigorous re-accreditation program recognizes land conservation organizations that demonstrate compliance with the Land Trust Alliance Standards and Practices,” the release said. “The Standards and Practices are the ethical and technical guidelines established in 1989 by the LTA for the responsible operation of a land trust.”

As part of the process, the CLC expects to be asked about its future endeavors and CLC Board Member Marty Bettencourt told EBN they have a new focus to report.

“The Accreditation Commission does ask that question,” Bettencourt said, “and our response is that our focus will be on the Chevron property and completing the Toro Coast Preserve Project.”

That project included the Chevron Dog Beach, which was recently acquired and is now part of the City of Morro Bay. Several conservation groups and local governments — the Cayucos Sanitary District, the County and City of Morro Bay along with CLC and the Morro Bay Open Space Alliance among others — were able to purchase the beach and preserve it as an off-leash dog friendly beach, the only one in SLO County.

The Chevron Lands also include the Marine Terminal Shore Plant and hilltop tank farm (since removed) on top of the coastal hills, and stretches far south into an area east of Del Mar Park in Morro Bay, collectively called, “The Toro Coast.”

The effort underway now is to buy and conserve those ranchlands. The marine terminal shipped oil out via tanker ship from 1929 to 1999 when it was closed, replaced by a new inland pipeline.

“The Toro Coast project,” Bettencourt said, “is still our current conservation interest and effort, along with the very long term goal of the hillside lots above Cayucos. This year we’ve been beefing up our community education with guided walks, informational emails about flora and fauna of the area.”

The Cayucos hillside lots she refers to are a series of “paper lots” on the eastern hillsides from Toro Creek Road to Old Creek Road. The County in the early 1990s declared the soils up there to bee too unstable and the hillsides too steep to allow development. The hundreds of lots have over the years gone into tax liens to be sold, with the CLC and County paying the relatively small liens and retiring the lots into open space.

The CLC has articles and events listed on its website, see: www.cayucoslandconservancy.org/blogs/news.

The CLC is inviting the public to support their re-accreditation application. “Comments must relate to how the Cayucos Land Conservancy complies with the Land Trust Alliance Standards and Practices.” Email comments to: info@landtrustaccreditation.org.