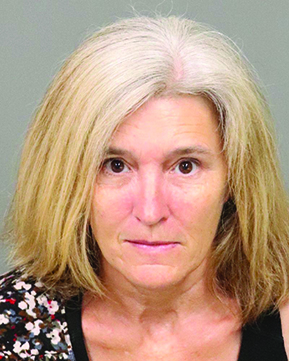 A convicted embezzler has been made to pay restitution for millions she embezzled from her employer over a 10-year period, the District Attorney’s Office announced on June 27.

“Superior Court Judge Jacquelyn Duffy,” the release said, “sentenced Mankins to 10 years in state prison on the plea describing the impact of Mankins’ crime as ‘a tremendous loss and violation of trust.’”

In June, another judge, Denise DeBelleFeuille, ordered that Machado Livestock “be made whole again” and enumerated the theft, calling it a “spectacular betrayal of trust.”

Mankins and her husband have paid $2.94M in restitution to Machado Livestock, and the judge order the remainder — $1.3M also be paid.

As for the other victim, B&D Farms, the D.A.’s Office said that amount was still being tabulated, but she will in all likelihood have to repay that amount too. Those losses will be announced at an Oct. 5 hearing.

“This 10-year prison sentence and order to repay more than $1,300,000 of stolen funds,” District Attorney Dan Dow said, “affirms that those who steal from our business community will face aggressive prosecution in San Luis Obispo County.

“Embezzlement committed by employees in positions of trust are especially devastating, particularly when it involves staggering amounts of stolen funds over such an extended period of time.”

The case was investigated by the District Attorney’s Office Bureau of Investigations and the Arroyo Grande Police Department and was prosecuted by Deputy D.A. Michael Frye of the D.A.’s Special Prosecution Unit that investigates major fraud and public integrity cases.

Frye just won election to a judgeship in SLO County at the June Primary Election and will be leaving the D.A.’s Office.

← Previous: County Looks to Sell $69M in Bonds for Three Projects Molester Convicted; Could Get Life →