Molester Convicted; Could Get Life 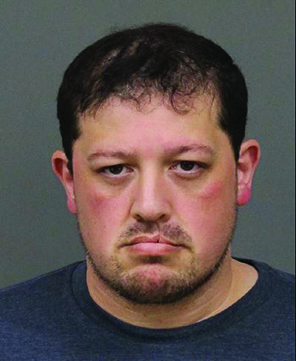 An accused child molester from Pismo Beach could spend life in prison after being convicted on numerous counts of felony child molestation, the District Attorney’s Office said.

On June 28, District Attorney Dan Dow announced that Todd Anthony Hortillosa, 44 of Pismo Beach was found guilty on 10 counts of “committing lewd acts on three different children under the age of 14. The jury also found that Hortillosa’s crimes involved multiple victims under the age of 14, a finding that provides for a potential life sentence,” the news release said.

During his trial all three victims — now ages 23, 14 and 11 — testified “to the prolonged sexual abuse inflicted by Hortillosa,” the D.A.’s Office said. “The sexual abuse escalated with each victim, but ultimately stopped after it was reported to a teacher by a then 11-year-old victim.”

“Sexual abuse of children,” District Attorney Dan Dow said, “is a horrific betrayal of trust that causes great harm to its victims. We will always do everything within our power to hold child predators accountable to the maximum extent possible.

“We applaud the courage of these young victims to report and testify about what the defendant did to them and we thank the jury for providing justice for these three young survivors.”

Hortillosa’s sentencing hearing is set for Aug. 15, before Judge Craig van Rooyen. He faces a potential sentence of 120-years to life, plus 2-years 8-months in prison for his crimes.

Estero Bay News contacted Assistant D.A. Eric Dobroth seeking more information on the victims in the case but he was tightlipped on the matter, except to confirm that the victims were relatives of Hortillosa’s and calling it “a tragic situation all around.”