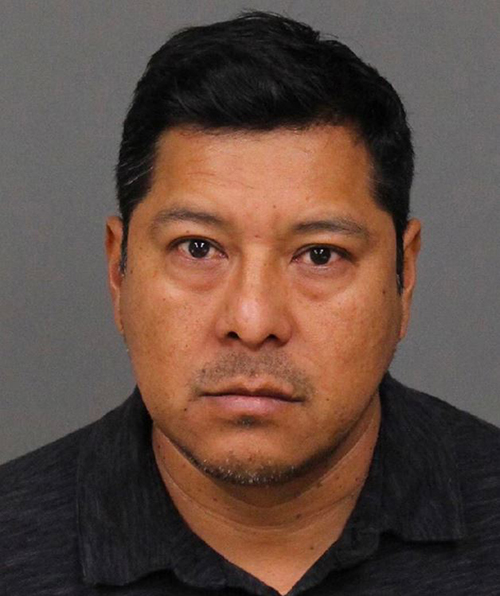 A Paso Robles man has been convicted in the May 2018 disappearance and murder of a Paso Robles woman and faces life in prison with parole.

On Jan. 21, District Attorney Dan Dow announced the conviction of Carlo Alberto Fuentes Flores in the murder of Nancy Woodrum, a crime that he confessed to and didn’t contest at trial.

That November, Sheriff’s investigators developed Fuentes Flores, 45, as a suspect in the case and he was brought in for questioning.

“He had been hired to paint Ms. Woodrum’s deck in the weeks leading up to her disappearance,” the release said. “After a lengthy interview, Fuentes Flores led investigators to the victim’s remains in a secluded area off Highway 58 in a rural eastern part of the county.”

Fuentes Flores reportedly opted for a trial by judge and not jury. Superior Court Judge Timothy Covello tried the case and found him guilty of murder with special circumstances, that he killed her while raping her or attempting to rape her, according to the release.

The convictions could mean Fuentes Flores receives life with parole but he is scheduled to be sentenced on Feb. 24. The D.A. was pleased with the verdict.

“This conviction will not bring Nancy Woodrum back,” D.A. Dow said, “nor will it lessen the grief of her loved ones. This is however a critical step towards achieving an appropriate punishment for the predator who is responsible for her brutal murder.”

He credited the investigators for cracking what was a puzzling case, with volunteers and law enforcement searching high and low for the well-known businesswoman after she vanished from her home.

“This conviction,” D.A. Dow said, “was only possible because of the immense amount of diligence and unwavering professionalism of the Sheriff’s Office investigative team. Our hearts remain with the Woodrum Family and her loved ones who are suffering the pain of her loss.”

The case was investigated by the County Sheriff’s Office with the assistance of the D.A.’s Bureau of Investigation and was prosecuted by Deputy D.A. Christopher Peuvrelle.