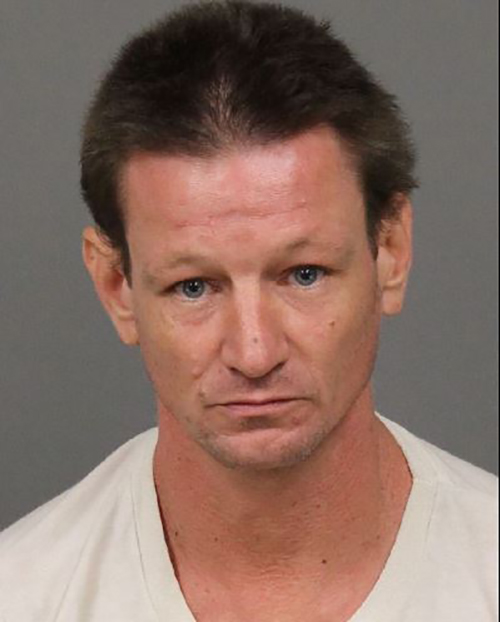 An Atascadero man has been given a long prison sentence for sexually abusing a young girl, the District Attorney’s Office announced last week.

County D.A. Dan Dow announced Dec. 18 that that Fred Knight, 46 of Atascadero, was sentenced to 28-years-to-life in prison and must register as a sex offender for life, after a felony conviction for committing lewd acts and sodomy on a child under-10.

The victim was just 6-years old when the crime took place on Aug. 20, 2018 in Atascadero, the D.A. said. Atascadero Police and D.A.’s Office investigators worked the case and Deputy D.A. Danielle Baker was the prosecutor.

It wasn’t Knight’s first such offense, as the D.A. said he was also convicted of lewd acts on a child back in 2011 and served 3 years. D.A. Dow called him a “sexual predator.”

“Whenever a sexual predator abuses a child,” D.A. Dow said, “he is responsible for inflicting unimaginable and lasting harm on the victim. Sexual predators must be prosecuted to the fullest extent possible under the law to reflect the longstanding pain and suffering their acts inflict on innocent children and to deter others from committing similar horrible crimes.”

The young victim was courageous. “We commend the courage this very young survivor displayed by reporting the abuse and of the family in patiently working through the legal process necessary to hold this predator accountable.”

Last November, Knight pleaded “No contest” to the charges and Superior Court Judge Jesse Marino found him guilty and handed down the lengthy sentence. But the D.A. isn’t sure how long he’ll actually serve, given the topsy-turvy nature of today’s criminal justice system.

“Due to constant changes to California criminal law by the Legislature and by the initiative process,” he said, “it is impossible to predict how much of the 28 years the defendant will serve in prison before being eligible for parole.”

The young victim didn’t testify at the sentencing, but she wrote a speech that the prosecutor read into the record. Dow called it “an impassioned written description of the staggering impact of the crime.”