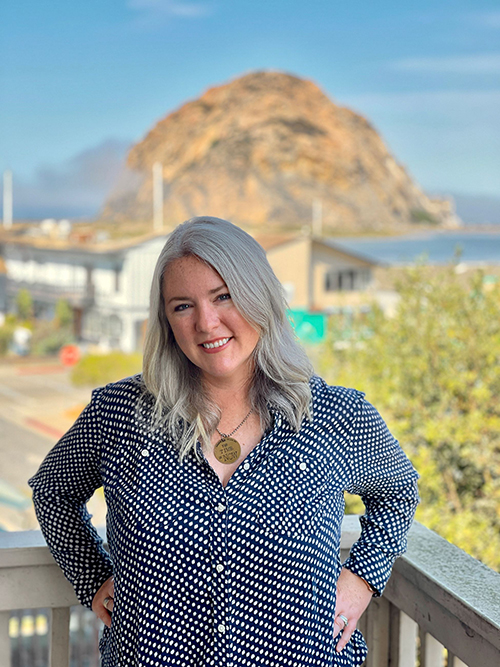 As anticipated, the Morro Bay City Council appointed a political ally to its vacant council seat, after the death in office of Robert “Red” Davis in July.
The City got just two applications to fill the vacant seat — Sean Green and Jen Ford — naming Ford, a planning commissioner, to fill the chair until a special election is held next summer.

The Council set a special election for the seat, as prescribed by the Municipal Code, to be added to the regular June 7, 2022 Primary Election, which the staff said would save considerable money over holding a stand-alone special election.

Under Section 1000 of the City’s Election Code (part of the muni codes), says a special election must be held no less than 114 days from the time of a vacancy, which would have put it at April 12, 2022.

But the report said consolidating the City’s election with the regularly scheduled June Primary was within the spirit of the law, which was put in place by voters (Measure R, 2006).

This is the first time this law has had to be used, as Davis is the first council member to leave office since its enactment in 2006 and is the only one ever to die in office in the town’s history.

Adding the City’s race to the County’s Primary Election ballot would cost an estimated $28,500 according to the City staff report. Holding a stand-alone election in April, the City said, would cost over $110,000 and be tough to do given the small staff in the City Clerk’s Department. A purely mail-in ballot would be possible, however, that adds considerably to the costs.

“While the city clerk,” the report reads, “as the elections official is responsible for preparing, reviewing, and accepting candidate materials, the services provided by the County in a consolidated election include preparation of the voters’ guide, ballot creation, printing, mailing, voter registration, voting site operation, tabulation, and certification of the results.”

Since 1991, all City elections have been consolidated with county-wide votes. And the County said it’s too busy now to handle all this for the City. “The County Clerk’s Office has informed City staff they do not have the capacity to conduct an April election on the City’s behalf. If that date were chosen, the City could still conduct a stand-alone all mail ballot election [Election Code section 4004] but at considerable expense.”

If she wishes to remain in office, Ford will have to run for election in June and face any challengers who get qualified by the city clerk.
And whoever wins that contest will hold the seat until the November 2024 Election, putting the City Council’s election schedule back on track.

Ford’s nomination raised some eyebrows in town, as she is an associate and political ally of Councilwoman Dawn Addis, which some have said is why only two people applied for the position despite it being open to any registered voter living in Morro Bay.

Ford and Addis were among several other women who came together to form “Women’s March San Luis Obispo,” a political activist organization formed shortly after Donald Trump was elected President in 2016, and who advocate for equal rights and social justice for several categories of peoples.

They also recruit and support women candidates for office, including Addis who ran for City Council in 2018 and won, and then ran for State Assembly last year but lost.

The group’s mission statement reads, “To create a women-friendly world through education, advocacy and action.”

Also, Ford and her husband Travis Ford, have Rock Harbor Marketing, which at the same Sept. 14 Council meeting was granted a 3-year extension on a 1-year lease they signed last November for a City-owned space at 781 Market Ave.

He added that because the two sides entered negotiations months ago, it does not mean she can’t serve as a council member or would have to give up the lease and move out. “That amendment considered and approved by the City Council, prior to consideration of a temporary appointment to fill a vacant City Council seat, is not prohibited by Government Code section 1090,” Collins said.

“The work on the renewal of that lease,” he added, “began with the City several months ago. It typically takes that amount of time to complete the lease renewal process.”

One of the questions council applicants were asked was whether they would give up any and all contractual and business arrangements they have with the City. She will have to step down and not participate with regards to that property, which the City is actively trying to sell for redevelopment.

“As a sitting Council Member, because of that lease,” Collins said, “Ms. Ford now has a financial interest in the 781 Market Ave. property. She will be advised to recuse herself from participating in or influencing any Council discussions and decisions that could impact that financial interest, including property negotiations or approval of lease or sales agreements regarding that property with third parties.”

If the City sells the property, its lease with Rock Harbor would automatically terminate and “At that point in time, assuming she has no new financial interests in 781 Market Ave. property, she could participate in discussions and decisions related to future uses of that property. The city attorney was consulted concerning these issues.”

If they continue to lease the property after a sale, she would again have to recuse herself in council negotiations so long as they remain there.
Such business interests have come up before on the City Council, most recently with former Mayor Rodger Anderson and Councilman George Leage, who both held leases with the City for restaurants — Anderson with his family’s former ownership of The Galley, and Leage for his ownership in Great American Fish Co., and the former Off the Hook Restaurant.

On several occasions both men had to step down when the Council discussed projects and leases for businesses within a certain distance of their own.
Of the two council candidates, Ford perhaps had a bit more experience after she was appointed to the planning commission last February to replace Jesse Barron, who moved away from town for a new job and resigned from the commission.

Ford, who has two children in local schools, has lived here since June 2011, according to her application form. Green, a professor at Cal Poly, said he’s been here five years.

Mayor John Headding said of Ford, “Jen’s history of community service and her participation on numerous citizen committees and boards demonstrate her passionate commitment to improving the quality life of our residents. She has worked hard to make sure all voices are heard, especially when important decisions are made. I look forward to working with her on the City Council.”

Ford has worked with several service organizations since moving here including PTA President for Del Mar Elementary School, the Planning Commission, co-founder of Women’s March SLO and “volunteering for a number of local non-profits.” Ford also listed membership in the Morro Bay Open Space Alliance (MBOSA) and Friends of the Harbor Department.

Ford told Estero Bay News, “I’m deeply honored to step into the position my good friend Councilmember Robert ‘Red’ Davis left sooner than expected and vow to carry on his role as a leader in our community. Our current and future generations need to have a City that is thriving financially and is environmentally healthy. My appointment to the Morro Bay City Council allows me the opportunity to help our City and its residents navigate many difficult decisions ahead.”

Green has been a consistent commenter on City issues, submitting written critiques of agenda items and offering ideas on city matters as well.
He listed membership in Morro Bay Beautiful, MBOSA, and the Tourism Business Improvement District (TBID) Advisory Board. He’s also on the California Faculty Association and something called “CAR/NAR.”

Ford was sworn in after her vote during the Sept. 14 meeting on Zoom, as the Council hasn’t met in person since April 2020.