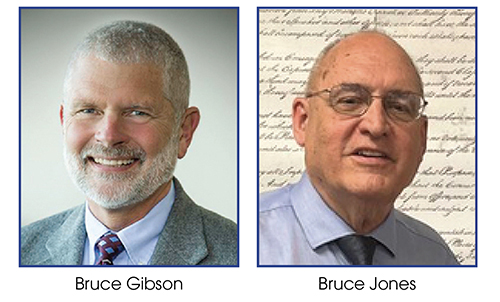 And with the exception of one County Supervisor race, little has changed form the count on Election night.

Dist. 2 County Supervisor Bruce Gibson’s big Election Night lead has shrunk and now he faces a runoff on Tuesday, Nov. 8. Gibson had been comfortably ahead with 52.98% of the vote out of four candidates. Second place was held by Bruce Jones (16.77%); Geoff Auslen (16.74%) was third; and John Whitworth (12.51%) fourth.

But how things have changed as the count has continued. As of June 22, Gibson’s tally had shrunk to 49.28%, which is under the 50%-plus one vote threshold to avoid a runoff for what would be his fifth, 4-year term

Gibson had his old district radically redrawn by Supervisors last year when the Board majority chose to use a district map drawn by a private citizen that removed Morro Bay, SLO and Los Osos from the Second District and added Atascadero, parts of Templeton and San Miguel to a new Second District.

Morro Bay and Los Osos have supported Gibson in his four other elections.

The new district looked decidedly more conservative than the old one, yet Gibson was able to connect with a lot of his new constituents for the election. So if the current ratios of votes holds up, the “two Bruces” will square off in November.

According to the SLO County Elections Office’s report, 15,195 votes out of 36,806 registered voters had been counted in Dist. 2. Some 872 were “under votes” or ballots that marked no candidate, and eight were “over votes” meaning they marked more than one.

In the Dist. 3 race, Dawn Ortiz-Legg is holding onto a big lead over Stacy Korsgaden, 64.53% to 32.33%. If her lead holds, she’ll win the seat that she was appointed to in late 2020, when the Governor named her to replace the late Supervisor Adam Hill.

In the 4th District, 2-term incumbent Lynn Compton is behind challenger Arroyo Grande City Councilman Jimmy Paulding. Paulding had 55.05% to Compton’s 44.95%. Though there are still thousands of votes to count in that district, Paulding’s 11-point lead would seem insurmountable.

In the only contested, countywide office, appointed County Clerk-Recorder, Elaina Cano, is cruising to victory with 64.03% of the votes to second place James Baugh at 20.55% and in last place was attorney Stew Jenkins with 15.42%.

In the Morro Bay City Council race, appointed incumbent Jen Ford is still way ahead of challenger James Costanzo, 57.83% to 42.17% and appears to be winning her seat. Ford replaced the late Councilman Red Davis after he died in July 2021, seven months after starting his second term on council.

And Morro Bay Councilwoman Dawn Addis remains ahead in her race for the State Assembly District 30 race, leading Vicki Nohrden. The State Elections Office has the count as 41.8% for Democrat Addis to 34.8% for the Republican Nohrden.

So those two will square off in November to represent the newly redrawn district, which stretches along the Coast including most of SLO County, and parts of Monterey and Santa Cruz Counties.

Addis’ City Council seat, which is up for re-election in November, will likely have no incumbent in the race. The Morro Bay City Council has set up the schedule for the November General Election at its last meeting.

There will be three seats — two council members and the Mayor — up for election. Councilman Jeff Heller holds one of the two council seats, Addis the other along with Mayor John Headding.

City Clerk Dana Swanson’s staff report lists July 18 through Aug. 12 as the normal filing period. If any of the incumbents does not file to run, then the deadline for that race is extended to Aug. 17.

If readers are thinking about running, information on the election will be posted on the City Clerk’s Pages on the City’s website, until then, see: www.morro-bay.ca.us/DocumentCenter/View/12047/Candidate-Basic-Info-2018 for an idea of what one must do to run for local office.

According to the website: “If you are interested in declaring your intent to run as a candidate earlier than the nomination period and are considering raising or spending money for your campaign, you are subject to certain requirements. Please, contact the City Clerk at (805) 772-6205 for more information.”