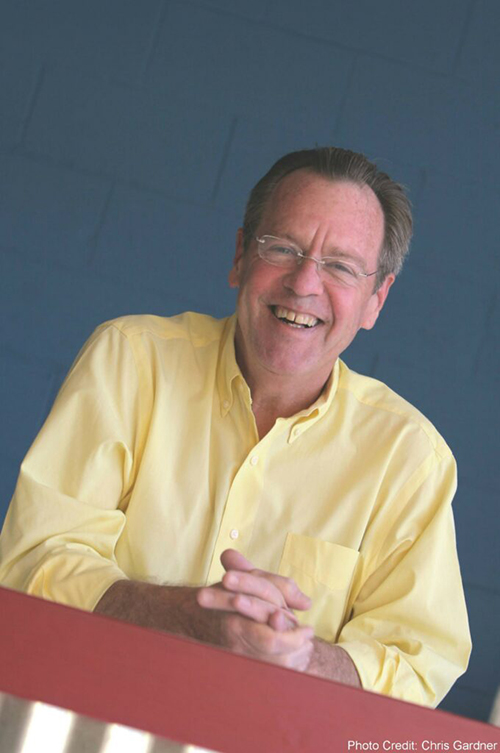 Central Coast broadcaster and journalist King Harris died at his Arroyo Grande home on June 13. He was 75.

Harris came down from a Monterey TV station in 1980 to serve as news anchor at KEYT, Channel 3, in Santa Barbara, a position he held through 1997.  After teaching journalism at Cal Poly for two years, Harris returned to the airwaves by becoming news director at KVEC radio in San Luis Obispo.

His journalism career during the 2000’s included stints as a news producer at KCOY, Channel 12, and managing editor at New Times. He was hired by Tolosa Press to write the weekly “It’s Good to be King” column starting in 2006.

Harris returned to KVEC in 2007 and remained the morning news anchor until his retirement in 2015. An avid music historian and record collector, Harris was making regular appearances each Friday afternoon on KVEC to salute his favorite music of the 1950s and 60s at the time of his death.

Harris was a Viet Nam veteran who served in Saigon during the war. He accompanied then UC-Santa Barbara professor Walter Capps and a group of Vietnam veterans to the Soviet Union in 1988, a journey that was captured in the award-winning documentary “Brothers in Arms.”

KVEC radio host Dave Congalton had lunch with Harris the day he died. “King had health issues, but he was in good spirits the whole time,” Congalton said. “We’re all in shock at the news. Total shock.”

Congalton called Harris “a friend, colleague, mentor, and personal hero. My favorite radio memories all involve the times I shared with King Harris,” he said. “He truly was the King.”