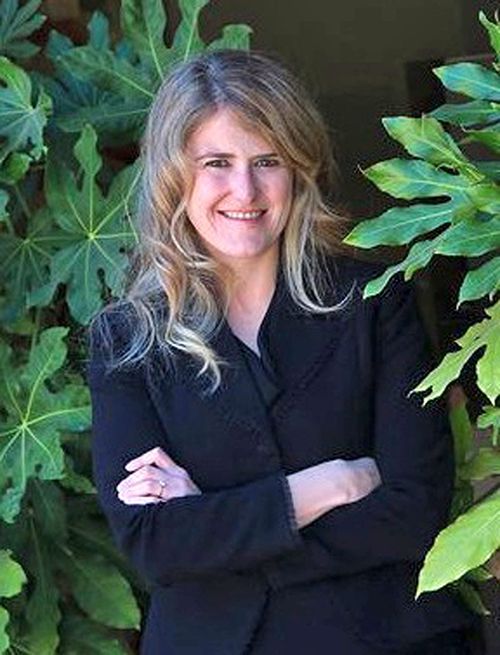 Morro Bay’s finance director is hittin’ the road, and becoming the town manager for the Sierra Nevada City of Truckee, the City of Morro Bay announced last week.

Jennifer Callaway came to Morro Bay from Sonora in the Sierra Foothills in October 2017, where she was the administrative services director for the City of Sonora. She was hired as finance director by then-Interim City Manager, Martin Lomeli.
Her new job in Truckee was slated to become official on Oct. 13, according to a news release from the City. In Morro Bay, she’s helped steer the City through the biggest budget challenge since 2005 with the Coronavirus Pandemic response and the shutdown of the local economy and shelter-at-home orders from the Governor.
The City’s tax revenues took a huge hit when many businesses that generate tax monies — lodging, restaurants and retail stores, among others — had to close.

Balancing last fiscal year’s budget and putting together a balanced budget for the current year took a lot of sacrifice by City employees that took pay cuts, over 70 layoffs mostly of part-timers in the recreation department, plus leaving vacancies open and laying off a total of 11 full time equivalent positions. The City also dipped deep into its emergency reserves.

She’s been instrumental in helping formulate the City’s pandemic response and the “Be A Trash Hero” promotion to try and clean the Embarcadero of excessive trash caused by all the takeout containers form restaurants unable to use their dining rooms.
She helped launch the “Be a Mask Hero” promotion to encourage wearing masks; and a “Business Hero” program just started to recognize local businesses and their efforts to protect public health and still operate their businesses.

Mayor John Headding said, “We are so thrilled for Jen to take on this exciting new role. She is ready for this leadership position given what she has accomplished at Morro Bay. Jen has been instrumental in moving the City toward a more sustainable position and weathering the financial storm created by COVID-19. We will miss her and wish her the absolute best.”

During her tenure, Callaway developed new financial policies based on best practices, worked to revise the City’s budget document to be more transparent, with the City achieving recognition for the first time from the Government Finance Officers Association (GFOA) for Distinguished Budget Presentation Award, and Excellence in Financial Reporting recognition for the City’s Comprehensive Annual Financial Report, according to the news release.

Also, under Callaway, the City reduced its pension liabilities by pre-paying the City’s Safety side-fund and a portion of the City’s unfunded accrued liability, according to the news release.

In March she was appointed interim public works director. “Her leadership and collaboration with public works staff were key in expanding trash and restroom services during this past summer when greater than expected crowds embarked on the City in the wake of COVID-19,” reads the news release.

Callaway said she’s going to miss Morro Bay. “This is truly bittersweet for me,” she said. “I am so honored to have been selected to serve as Town Manager for Truckee and excited for this new chapter in my life, but at the same time I am very sad to leave Morro Bay.

“I have fallen in love with the Morro Bay community, there is a true sense of caring, from the volunteers who serve on the committees to those that help pick up trash, and Morro Bay will always hold a special place in my heart.”

She considers the City team as family. “I am also sad to leave the City family,” she said. “I have been working in government service for 18 years and the Morro Bay City team is one of the best I have had the privilege to work with. City staff chooses to work in Morro Bay because of their love for this community. They truly care about the City and strive every day to do their best for residents and the City as a whole. They go above and beyond, and I have seen this extra effort daily.”

The pandemic has been hard. “The COVID-19 pandemic has been incredibly difficult for our staff,” she said, “we have lost employees due to layoffs, and have asked our team to complete more work with less resources.
“Yet despite this,” she continued, “the entire City team has stepped up, out of commitment to the community, to take salary concessions to help the City weather this pandemic.”

She said the city is lucky to have a good team. “Morro Bay is fortunate to have this City family — under the amazing, encouraging and supportive leadership of City Manager [Scott] Collins, City Council and the entire executive team — working hard for the community every day.

“I am humbled to have stood with this team for the last several years. Morro Bay truly is rock solid together!”
The City will hire temporary support for the Finance Department in the near term and Utility Division Manager, Joe Mueller, will assume the acting public works director role beginning in November. The City will start recruiting for these positions in the coming months. Callaway’s last day with the City is Oct. 23.

City Manager Collins, who came to the City at about the same time as Callaway, said, “In a matter of three years with Morro Bay, Jen has accomplished more than most finance directors do in 10 years. “Jen will be a phenomenal Town Manager given her finance skills, creativity, and her management approach which includes a heavy dose of kindness, something all organizations need during these challenging times.

“We will greatly miss her leadership and look forward to hearing about her successes in Truckee.”