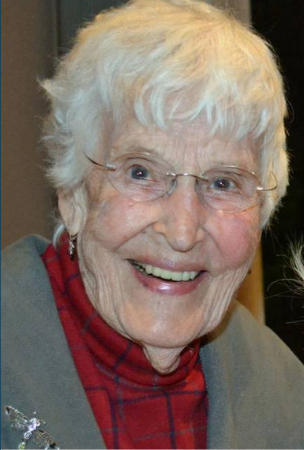 Former District 2 County Board Supervisor Shirley Bianchi died on Feb. 26, she was 91.
Bianchi served eight years on the County’s Planning Commission and the Board of Supervisors. She helped create Martha’s Place Children Center and the Hearst Ranch conservation project, which saved 82,000 acres of coastline from development, the County said.
“The Board of Supervisors and I received the sad news that former District 2 Supervisor Shirley Bianchi died today in San Luis Obispo,” said District 4 Supervisor and Board Chair Lynn Compton. “She leaves behind an incredible legacy, not just as a supervisor but also through her community advocacy and leadership in other roles. She was a true public servant and we are grateful for her service.”
Current District 2 Supervisor Bruce Gibson said, “Shirley was an inspiration to many in SLO County and especially those of us on the North Coast. Over her many years of public service, she contributed so much, from the establishment of crucial services for children at Martha’s Place to bringing the community together around the successful Hearst Ranch conservation project.”
In 2019, Gibson presented Bianchi with a Certificate of Appreciation for her outstanding contribution to the Fire Safe efforts in Cambria.
Bianchi died at a hospital in San Luis Obispo after facing a number of health challenges, according to the County.
She is survived by her husband of 57 years, soils physicist Bill Bianchi, and her children Catherine, Mary, Anne and Jan.