Sports Springing Back to Life 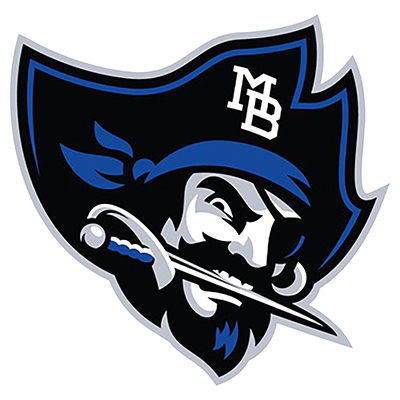 Like the life-giving spring sunshine, high school sports are getting the chance to blossom once again, after a year without competition due to the coronavirus pandemic.
Several “fall sports” will have greatly abbreviated seasons, and for now, none of the winter indoor sports can hit the courts. Spring sports will start on time later this month. It’s all just a little chaotic, as was 2020, in the midst of a raging pandemic.
Morro Bay High Athletic Director, John Andree, will have his hands full. Coach Andree said the sports and teams that will compete are: Boys’ and Girls’ Cross Country; Boys’ Golf (no junior varsity) and Girls’ Golf (no JVs); Boys’ Tennis (no JVs) and Girls’ Tennis (JVs & V); Boys’ and Girls’ Swimming and Diving (JV & V); Boys’ and Girls’ Track and Field (JV & V); Baseball (JV & V); Softball (no JVs); Football (no JVs); Boys’ and Girls’ Water Polo (JV & V); Boys’ Soccer (no JVs); and, Girls’ Soccer (no JVs).
“We will have a total of 17 varsity teams and seven JV teams — 24 total — going at the same time,” Andree told Estero Bay News. “Going to be crazy; our facilities are going to be well-used.”
The winter sports — basketball, volleyball and wrestling — are not cleared yet under the California Department of Public Heath’s new guidelines for reopening sports on all levels.
The head of the CDPH, Dr. Tomás Aragón, said, “Youth sports are important to our children’s physical and mental health, and our public health approach has worked to balance those benefits against COVID-19 risks. With case rates and hospitalizations declining across California, we are allowing outdoor competition to resume, with modifications and steps to reduce risk, in counties where case rates are lower.”
So the indoor sports are still on hold but the kids are working out and hopeful. “Girls volleyball, boys volleyball, girls basketball, boys basketball and wrestling are also working out on campus in hopes their seasons will begin,” Coach Andree added.
Also undecided is whether fans will be allowed. “We are still working out the spectator issue,” Coach Andree said, “but if we allow spectators there will be a set number of ‘immediate’ family members allowed depending on the facility size. They will need to wear masks at all times and will need to socially distance in family pods.”
So it appears having a packed stadium for Friday Night football games is still possible, though there’s a rather slim chance.
“The updated guidance,” the County Health Department said, “includes requirements that must be observed by all sports, including use of face coverings by observers and coaches, distancing between non-household members, limitations on spectators, limitations on tournaments, and other requirements.”
What’s required depends on the State’s COVID-19 restrictions listed under the “Blueprint for a Safer Economy,” which ranks counties by a color-coded scale with “Purple Tier” (“widespread” virus cases), being the most restrictive.
SLO County was recently upgraded from Purple to the “Red Tier,” which is allowing the loosening of restrictions for businesses, reopening of schools (MBHS is scheduled to resume classes March 15) and others.
For sports, the lessening of restrictions “also includes requirements that must be followed when sports under the Orange Tier and Red Tier lists are played in counties in a more restrictive tier,” SLO County said. “This includes weekly testing for players and coaches in certain high-risk sports — like football, rugby and water polo — where players are likely to be unmasked, with close, face-to-face contact over a long period of time.
“Outdoor moderate-contact sports, such as baseball, cheerleading, volleyball, gymnastics and badminton, can be played without the testing requirement, but require informed consent.”
(See: https://www.cdph.ca.gov/Programs/CID/DCDC/Pages/COVID-19/outdoor-indoor-recreational-sports.aspx if readers want to read the entire CDPH’s sports guidelines.)
Fans or no fans, the Pirates’ football season opens March 19 hosting Santa Maria High School. Game kicks off at 7 p.m. They play away games for the following three weeks and then finish off the short season hosting Mission Prep, Friday, April 16. If any of the games have to be rescheduled, the make-up date is April 23.
Boys’ soccer hosts Atascadero Thursday, March 25 and Mission Prep April 13. Girls’ soccer hosts Orcutt Academy Tuesday, March 23 and Nipomo High on Tuesday, March 30. The girls and boys will play a 12-match schedule.
Boys’ water polo hosts Paso Robles on Wednesday, March 17 in the fist of a 5-game season. The Pirates also host Righetti (March 24) and Atascadero (March 31).
Girls’ water polo also hosts Paso Robles on March 17 and hosts Nipomo on March 31 in just a 4-game season.
Softball is slated to start Saturday, march 20 when the Lady Pirates host Atascadero. The girls will host Righetti on March 27. Softball is set for a 25-game season including six double-headers on Saturdays, with Ocean League foes.
Baseball is slated for a 27-game schedule with eight double headers scheduled, also on Saturdays. Baseball’s schedule includes dates for the CIF playoffs. MBHS competes in the Central Valley Section of CIF.
Track & Field starts March 20 with a meet in Atascadero. The Pirates host SLO High on April 24. And they host Mission Prep on Saturday, May 1. MBHS has a new all-weather artificial track and field events areas.
Though the sports seasons are shorter than usual and they’re going to play football in late winter, the kids and coaches are no doubt happy to be able to compete.
“All the student-athletes and coaches are very eager to get back out onto the field,” coach Andree said. “We have not had any games or contests for over a year, so everyone is excited to compete. We all are in agreement that the wins and loses are secondary to just getting out and playing, but we will play to win!”