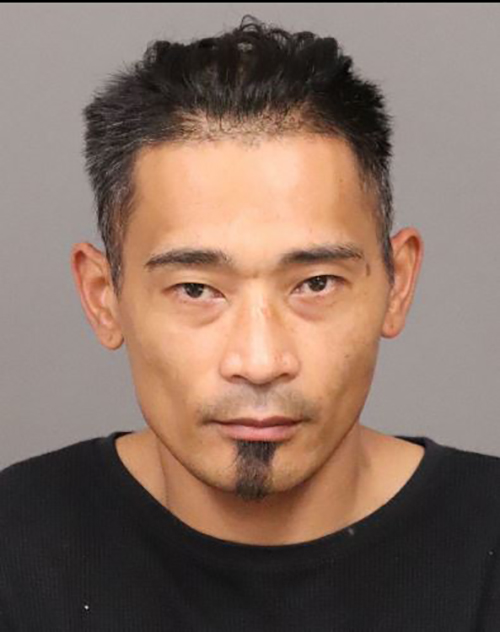 According to the County District Attorney’s Office, 42-year old Lario Garcia Tugas’ issues with the law started at 2:30 a.m. Feb. 11, 2020, when a Pismo Beach Police Officer stopped Tugas for “speeding and weaving. Tugas provided the officer a false birthdate and was driving on a suspended license,” the news release said. “When it became clear he was not going to be allowed to continue driving and his vehicle would be towed, Tugas stated, ‘No, I’m gonna go,’ and sped away from the traffic stop with his headlights off.”

Naturally, a high-speed pursuit ensued leaving Hwy 101 and going onto surface streets in Pismo Beach. He was eventually arrested and charged with felony evading a police officer with “willful disregard for the safety of others.”

The man just couldn’t stay out of trouble. “In a second incident, on July 12, 2021,” the D.A. release said, “Tugas was stopped by a San Luis Obispo Police Officer for driving a motorcycle without a helmet. When the officer ran the license plate it did not match the motorcycle, a trick known as ‘cold plating’ a stolen vehicle.”

Again, he thought he could run from police. “Tugas attempted to drive away, when the officer pulled him from the motorcycle and ordered him to get on the ground. Tugas pulled the officer’s hands off him and fled on foot. The motorcycle had been reported stolen earlier in 2021.”

The D.A. said the bike’s ignition was hot wired so it could be started and driven without a key, but the criminal mastermind apparently forgot to steal a helmet, which caused police to pull him over. All motorcycle riders and passengers must wear approved safety helmets under State law.

Normally, committing any crime while out on bail accused of committing a crime, automatically becomes a felony.

The jury however could not convict him “of resisting a peace officer by force, voting 10 to two in favor of guilt.” Criminal convictions must be unanimous. The news release did not report how much time in prison Tugas is facing.

“Individuals,” District Attorney Dan Dow said, “who engage in reckless conduct while driving and flee from peace officers endanger the safety of our law enforcement and the public generally. This verdict sends a message that our community will not tolerate this.”

Tugas is slated to be sentenced on July 11 before Judge Jacquelyn Duffy. The case was prosecuted by Deputy D.A. Crystal Seiler and investigated by the Pismo Beach and San Luis Obispo Police Departments.