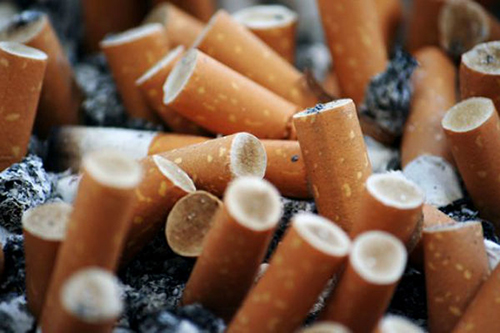 The American Lung Association’s 20th annual “State of Tobacco Control” report revealed significant progress in the work to end tobacco use, but there are still areas for improvement.

Morro Bay received and overall “B” grade, the highest in SLO County moving up from a “D” in 2020. The city earned an “A” rating in three categories: reducing the sale of tobacco products (up from an “F” in 2020), smokefree housing (up from “F”) and smokefree outdoor air, which includes recreation areas, dining, public events and worksites.

“Overall our score improved dramatically compared to the last time we received an overall score of ‘D,’” said City Manager Scott Collins. “The City Council updated our tobacco ordinance to include a tobacco retail license program, to help with enforcement of tobacco laws locally. Council extended a ban to smoking in apartment complexes. And Council instituted a ban on vaping products. Implementation has been slowed a bit due to the pandemic.

“Council listened to the community, high school and middle school students and administrators, County Public Health, and tobacco retailers in creating these new laws aimed at reducing the ability of these harmful products to wind up in kids hands.”

Morro Bay did not receive “A”s across the board; the city earned a “D” for restrictions on flavored tobacco products.

“The ‘D’ for flavors is interesting,” Collins said. “The City Council banned almost all flavors, with exception of menthol. That came after input from all the aforementioned stakeholders.  Menthol, from what we learned, is not the issue for kids. It was flavors like bubblegum and ice cream that were problematic. Those are all banned in Morro Bay now.”

Collins said that there are between 15 to 20 smoke shop or cigarette retailers in the city, they cannot sell vaping products and flavors.

Statewide, “products like e-cigarettes and other flavored tobacco products, including menthol cigarettes, create concern for losing another generation to nicotine addiction,” said an ALA news release.

That said, in the restriction of flavored tobacco products category, it was “F” grades for all except for Morro Bay.

“Tobacco use is a primary cause of preventable death and disease in this country,” said Dr. Penny Borenstein, County Health Officer. “It is concerning that the multitude of flavored electronic cigarettes and vapes are attracting a whole new generation that may have never smoked before.”

Morro Bay was also the only “A” in smokfree housing. Arroyo Grande, Grover Beach and Pismo Beach earning an “F” and the remaining areas earned a “C.”

The “State of Tobacco Control” report evaluates state and federal policymakers on actions taken to eliminate tobacco use, the nation’s leading cause of preventable death. The report recommends proven-effective tobacco control laws and policies to save lives. The 2022 “State of Tobacco Control” reveals that the country has made substantial progress in advancing tobacco control policies over the past 20 years, including comprehensive smokefree laws in more states, increased tobacco taxes across the nation and more Americans with access to treatments to help them quit smoking through state Medicaid programs.

“While we have seen considerable progress in California, tobacco use remains our leading cause of preventable death and disease, taking an estimated 39,950 lives each year,” said Erica Costa, advocacy director at the American Lung Association in California. “And our progress on tobacco control policy has not been equal. We continue to see the unequal burden of tobacco use and exposure to secondhand smoke in communities experiencing health disparities.”

This year’s report from the American Lung Association marks 20 years of evaluating city, county, and state performance on tobacco control policies that researchers determine to be instrumental in supporting public health.

To read the full State of Tobacco Control 2022 report, visit lung.org/research/sotc/state-grades/california. For more information or details on the local grades, contact The Tobacco Control Program at tobaccofree@co.slo.ca.us or 805-781-4305.