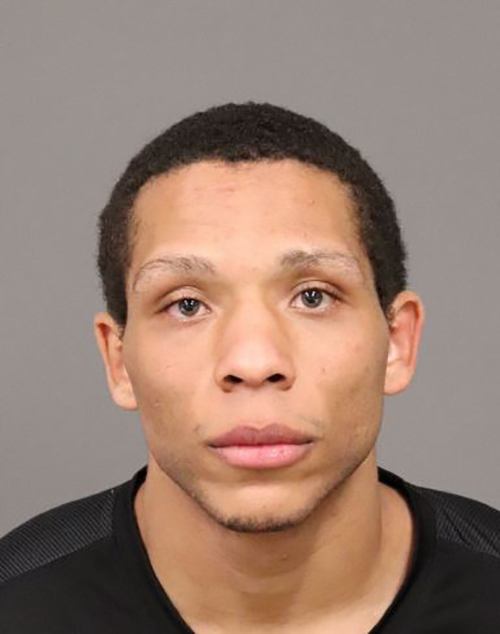 A Nipomo man convicted of attempted rape has been sentenced to life in prison, the District Attorney’s Office announced, in a case where he literally was caught with his pants down.

County D.A. Dan Dow said on March 21 that Kammeron Isaac Anderson, 26 of Nipomo, was sentenced to 32-years to life in state prison “for various sex crimes including residential burglary with the intent to commit rape and two counts of assault with the intent to commit rape. Anderson was also convicted of petty theft,” reads a news release. He was convicted of the charges at a trial held last December before Superior Court Judge Craig van Rooyen.

At trial, three victims testified about three separate instances of sexual assault and an additional victim from a previous sexual battery committed by Anderson in 2018 testified against him, too.

“Trial testimony,” the news release reads, “established that Anderson entered a home in Nipomo shortly before 11 p.m. on Jan. 10, 2021. When the sleeping couple was awakened, Anderson was in their bedroom wearing only underwear. Once confronted, Anderson grabbed his clothing and fled.” But he wasn’t done with this bizarre behavior.

“In a second incident occurring Jan. 22, 2021, shortly before 3:30 a.m., Anderson confronted a woman outside of her home and pushed past her to enter her residence after she repeatedly asked him to leave. She screamed and Anderson restrained her and attempted to silence her by covering her mouth. Anderson fled when the woman’s screams alerted her husband who intervened.”

And, “In a third incident, occurring around 5:30 a.m. that same day,” the D.A.’s release said, “Anderson entered a residence located approximately 1-mile away, removed his shoes and entered the bedroom of another woman. Once in the bedroom, Anderson grabbed her wrists and pushed her towards the bed when she yelled for her adult daughter who was in the residence.

“Her daughter responded and Anderson fled the crime scene after being confronted by the two women. Anderson was arrested the following day where he was also arrested for stealing a package off the porch of a residence, which he had done two days earlier. “

In a separate hearing, Judge van Rooyen also found true “that in 2018 Anderson had suffered a conviction for felony criminal threats, which is a ‘serious’ offense and a strike under California’s Three Strikes Law.”

That prior “strike” doubled Anderson’s prison time resulting in the 32-years to life sentence.

The case was prosecuted by Deputy District Attorney Danielle Baker, who is assigned to the Sexual Violence Unit; and investigated by the County Sheriff’s Office and the District Attorney’s Bureau of Investigation.

D.A. Dow said, “This sexual predator’s appropriately tough sentence of 32-years to life in prison serves to punish his violent behavior and to protect other innocent individuals from any future predatory behavior. We applaud the survivors for their brave actions to protect themselves and for their resilience exhibited by testifying at the trial.”