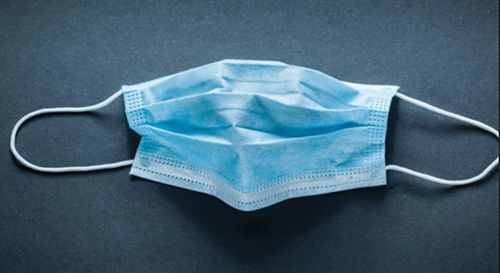 The coronavirus pandemic in San Luis Obispo County ended 2020 in lockdown along with the entire Southern California Region after an alarming spike in reported cases that started in early December and has yet to wan.
Reported cases in the SLO County Jail have risen dramatically as well, causing the County to take special measures to combat the virus inside the lockup.

Meanwhile, officials in SLO, Santa Barbara and Ventura Counties banded together to ask the Governor to remove them from the rest of Southern California, which has seen a run on hospital beds that reduced the available ICU rooms to zero-percent capacity.
But with no interest being shown from the Governor in forming a separate Central Coast Region, despite there being many ICU beds available here, the talk has switched to potentially filing suit to force the change and ease up on the economic restrictions choking the life out of local economies.

December saw an alarming rise in COVID-19 cases being discovered at the SLO County Jail, as dozens of new cases were found through testing infecting both inmates and staff.

On Dec. 31, Sheriff’s spokeswoman Grace Norris said in a news release that an additional 21 inmates had tested positive for COVID-19, a continuation of an outbreak that began Dec. 10.

“These new cases bring the total number of inmates to test positive linked to this outbreak to 41,” Norris said. “Eighteen of the new cases are from inmates living in a dorm setting where infectious spread is common. These additional cases were discovered as the jail continues to regularly test inmates for the virus due to the outbreak. Testing will continue until it is determined that this outbreak is over.”

He added that a correctional deputy and an additional inmate had also tested positive in the past 2 days but were unrelated to the outbreak inside the jail.

As of the end of December the County Jail’s Coronavirus numbers were 56 inmates testing positive for COVID-19 since last March, with eight patrol deputies and 14 correctional deputies also testing positive.
No COVID-19 deaths have been reported at the jail.

With COVID-19 vaccines developed under an accelerated schedule initiated by President Trump, and finally being distributed throughout the nation, SLO County health officials started giving the shots near the end of December.

In a Dec. 29 news release, County Health Department announced it was going to start vaccinating health care and community health workers providing direct in-person care, and who are at highest risk of infections, “in accordance with CDC guidelines.”
The first to be vaccinated were: paramedics and EMTs; dialysis; primary care clinics, health centers and jail clinics (including county jail and juvenile hall); Urgent Care clinics; home healthcare workers; intermediate care facilities staff; community health workers including social workers and mental health clinicians; Health Department clinicians and field staff doing testing; psychiatric health workers; specialty health care; labs and blood banks; dental workers; pharmacies; and staff at elderly residential care facilities.
If readers are in a high-risk category, i.e. elderly and those with medical problems like diabetes and high blood pressure, you will have to wait. “Other high-risk individuals in this phase, including older adults, frontline essential workers, and people with high-risk health conditions, can expect to get the vaccine closer to March 2021,” the County Health Department said.

Indeed, the entire civilian population is going to have to wait. “As more supply becomes available, more SLO County residents will be able to receive the vaccine later in 2021,” the County said. “The goal is for everyone to be able to easily get a COVID-19 vaccine as soon as sufficient quantities are available.”

When more vaccine is available, the County said it would put out notifications on additional people who can get the vaccine and where they can get it.

By Jan. 8 the County said it had vaccinated over 8,000 people. Hospitals, which have gotten their own supplies of the vaccine, have been inoculating their own staffs, and, “CVS and Walgreens are starting to vaccinate long-term care facility staff and residents. The State is vaccinating health care workers at State facilities, including California Men’s Colony and Atascadero State Hospital.”

Everybody else will have to wait. “Following health care workers, other vulnerable populations and essential workers will likely get vaccinated in February or March as supply allows,” the County said.

Jan. 8, the County announced that it had received more than 12,200 vaccine doses, including first and second inoculations, and vaccinated over 4,000 people. Health care providers had dosed an additional 4,000.

The County’s vaccination rate had improved to 3,250 people a week or some 650 a day and the County is planning to open two more vaccination centers sometime in January, locations TBA.

“The County is rapidly progressing through Phase 1a of vaccinations,” reads a news release, “and anticipates being able to start vaccinating the next group of residents — including adults over-75 and critical infrastructure workers by February, maybe sooner.”

Gov. Gavin Newsome’s stay-at-home orders that he doubled down on in early December were reaffirmed at the end of the month.
On Dec. 29, the County Health Department announced the Governor’s decision. “The State extended its regional stay-at-home order for the Southern California Region, which includes San Luis Obispo County.”

The area essentially from SLO County south to San Diego on the Coast and inland to the Arizona Border was moved back under the Governor’s Purple Tier in his “Blueprint for a Safer Economy” which has four of five regions statewide under the Purple Tier (meaning “widespread” infections) of lockdown, with just the Sierra Nevada Counties northeast of SLO County’s northern borderline in the less-restrictive Red tier.

The County has no idea when restrictions might be eased. “The order will remain in effect in SLO County until the region’s projected ICU capacity is equal or greater than 15%,” the County said. “State officials say this will be assessed approximately twice a week.”

County Health officials announced on Jan. 12 that the total number of cases stood at 124,233 since last April 1 with 3,180 active cases and 10,911 people already recovered.
Forty-two people were in the hospital with COVID out of 369 available beds. There were 15 people in intensive care out of 53 total ICU beds.

The County Health Department put together a “COVID-19 Vaccination Task Force” to decide who will get the vaccine and when they can get it.