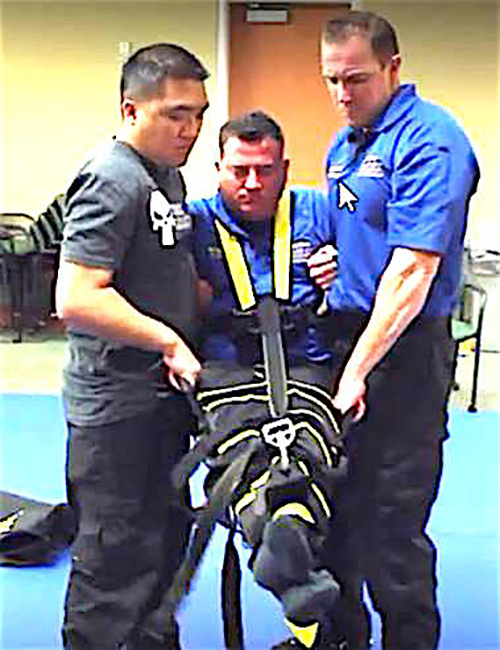 The Morro Bay Police Department is getting an upgrade to its record keeping software that while costing tens of thousands a year in subscription fees, will bring the department in line with new State issued police reporting requirements.

According to a staff report from Police Chief Jody Cox, the new “Record Management System” from software company, Mark43, will cost $173,500 to install and $26,500 a year over the subsequent 4-years. The initial start up costs meant the City Council had to adjust the police budget up by some $64,000. Money for the new system is coming out of the Measure Q and E local sales taxes.

The department, Chief Cox explained, has been using the Records Management System (EIS) for 9-years now and as of Jan. 1, had new State and Federal laws to contend with.

“Legislative changes,” the Chief’s report read, “mandate that Police Departments transition the method by which statistical data is reported to the State and Federal agencies from the old Uniform Crime Reporting [UCR] to the new, California Incident Based Reporting Systems [CIBRS]. The new reporting requirements became effective on Jan. 1, 2021, but our current system does not have the upgraded capability to produce the reports necessary to comply with the new reporting standards.”

The County Sheriff’s Department along with five other police agencies in 2017 started looking into new RMS systems, the report said. MBPD officials attended many of the meetings to talk with RMS vendors “to meet our needs and which would allow all of the neighboring agencies to continue information sharing.”

Last year the police department decided it would be best to do a separate request for bids and posted the RFP last September, and they got half a dozen bids.

“We received six proposals,” Chief Cox said, “and the department reviewed each written proposal and consulted with the City of Morro Bay Information Technology Department. The top vendors were selected for presentations and demonstrations. Finalist presentations were evaluated on (1) System suitability and ability; (2) Knowledge of California specific legislation requirements; (3) Proven customer service record; (4) Ease of integrating with other software; and, (5) Intuitive and straightforward data entry masks. Mark43 came out on top.

Mark43’s system “is a cloud-based solution, offering unlimited storage on the Amazon Web Services’ Government Cloud, which is Criminal Justice Information Services security compliance through the U.S. Department of Justice. Upgrades, regular releases, patch fixes all get delivered as part of the subscription, without the system requiring downtime during maintenance and the need for City IT staff to monitor upgrades.”

The new system should protect the police department from outside cyber attacks.

“The Mark43 platform and the Department data,” the report said, “will run on multiple geographically dispersed data centers to ensure maximum redundancy and resiliency in the event of a cyber-attack, natural disaster or other security risk.”

The new software will lead to “improved workflow, customization, security and analytics, Mark43’s benefits over the current RMS system include integration with software programs related to Dispatch/CAD, the D.A.’s Office, other County systems and notices to appear in court are available as well, as they have CIBRS reporting capabilities that is recognized as one of the best in the field.”

“This is a better way for us to safely control overly combative subjects,” MBPD Cmdr. Amy Watkins told Estero Bay News. “This type of restraint is used only on extreme cases where the subjects combativeness poses a safety threat to themselves and/or officers. SLO County Jail uses the same system.”

Manufactured in the USA by Command Sourcing, Inc., according to the WRAP website (see: www.commandsourcing.com/wrap), “The WRAP is a safe restraint system, designed to protect subjects, officers, and staff by reducing the possibility of injury and death.”

It basically consist of an upper body harness with a ring in the back where handcuffs go to prevent someone from slipping their hands in front of them; and a leg restraint that wraps a person’s legs together so they can’t kick out.

It also have storage pockets for things like spit masks and safety gloves, according to the website. It also locks someone into an upright sitting position, which doesn’t put pressure on a person’s chest, like being held to the ground, facedown does.

“This is another example of how MBPD uses training and equipment to keep our citizens and officers safe,” Cmdr. Watkins said.

← Previous: COVID-19 Test to Treat Sites Launched A Cup, a Bite and Nostalgia at Nautical Bean →