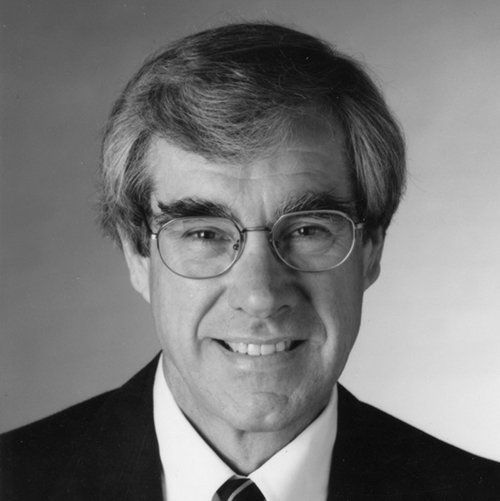 Baker’s leadership was instrumental in transforming Cal Poly into one of the highest-ranked public master’s polytechnical institutions in the nation.

It was “almost by accident’’ that Baker became a university president, let alone stayed at Cal Poly for 31 years, retiring in 2010. He had served in various capacities as teacher, researcher, engineering practitioner and university administrator for more than 40 years.

“I accidentally got into this at a relatively young age, when I tried out being a dean at a college of engineering,” he said in 2010 on the eve of his retirement. “I really thought that I would not stay in the academic world. I didn’t have a plan to be a university president.”

Under his guidance, Cal Poly became a truly comprehensive polytechnic university, renowned for its scientific, engineering, technical, agricultural and the built-environment curriculum, as well as for distinctive offerings in business and the liberal arts.

The California State University Board of Trustees named Baker as Cal Poly president on May 22, 1979. He and his wife, Carly, and their children relocated to San Luis Obispo from the University of Detroit in Michigan. On Aug. 22, he took the reins of the university, becoming, at age 40, the youngest campus president in CSU history.

During Baker’s first fall quarter, Cal Poly’s student enrollment was 14,684 and would increase incrementally throughout his career, peaking in the Fall 2009 at 19,325.

He was instrumental in developing strong financial, facility and program growth; fostering relationships with private and governmental funding sources; increasing the breadth of academic programs; and making a name for Cal Poly at the state and national levels.

Baker oversaw approximately $1 billion in new facilities and renovations that transformed the physical campus and made Cal Poly an institution in which current students, their parents, alumni and benefactors took immense pride. These new facilities included the first new student housing in a generation, as well as a project that enhanced the stadium for Cal Poly’s Division I NCAA status (attracting the support of then-San Diego Chargers owner and Cal Poly alum Alex Spanos).

In addition, Baker crafted a partnership involving the university, the city of San Luis Obispo, and a newly formed foundation in the 1990s for a magnificent Performing Arts Center — which in 1996 became a major entertainment hub for national and international performers while still allowing venues for student musicians, singers, dancers and actors.

Anticipating growth in enrollment and the need to replace obsolescent structures, Baker commissioned a new campus master plan that respected the university’s history while envisioning new opportunities for the campus to meet its growing space needs. The 2001 Master Plan became the model for all master plans within the 23-campus CSU system and set a course for the physical development of the campus for 20 years (leading into a recent update).

Baker encouraged the continuous upkeep and development of the landscaped and built environment, especially as it relates to spaces that are used by students for living, learning, recreation or leisure. Among others, the continued enhancement of the campus and its architecture will remain as one of President Baker’s lasting legacies.

Three years after his retirement, he was honored with the dedication of the second largest campus structure — the Warren J. Baker Center for Science and Mathematics, a six-story, 189,000-square-foot, multidisciplinary facility built in the center of campus to symbolize the central nature of science and mathematics in Cal Poly’s polytechnic curriculum.

Another Baker legacy is Cal Poly’s ranking in U.S. News & World Report as the best public-master’s university in the west. The university received the honor for the first time on Oct. 4, 1993 and recently celebrated a milestone 30th consecutive year with the honor.

“The Cal Poly community has lost a true champion of Learn by Doing and a leader who helped architect what our university is today,” said Cal Poly President Jeffrey D. Armstrong. “While we are tremendously saddened by the passing of Warren Baker, we are so grateful for the 31 years of leadership he provided to Cal Poly.”

Baker’s family requests that donations in his honor be made to the Foundation for the Performing Arts Center.