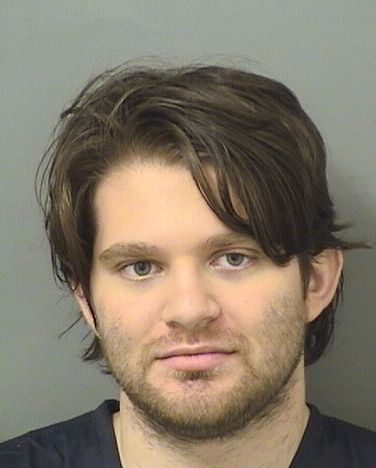 The County Sheriff’s Office arrested a Florida man suspected of human trafficking of a minor girl while he was in California.
According to Sheriff’s spokesman, Tony Cipolla, deputies arrested the Florida man on April 28 at an undisclosed location in SLO County for suspicion of statutory rape.

The suspect posted bail and was released from County Jail. Cipolla said further investigation led to additional criminal charges being filed for suspicion of human trafficking of a minor and the possession, production, and distribution of child pornography.
Arraigned on the new charges on May 19, Cipolla said the man’s bail was hiked from $45,000 to $150,000 and the man posted bail the next day and left California for Florida. But California wasn’t done with him yet.

Investigators later determined that the suspect “had violated the criminal protective order put in place by the judge in this case but due to his location in Florida he was unable to be contacted.”

So Sheriff’s investigators went looking for him in Boca. “In November of 2020,” Cipolla said, “the San Luis Obispo County Counter Human Traffic Team, a team comprised of investigators from the Sheriff’s Special Operations Unit and the District Attorney’s Office Bureau of Investigation, travelled to Florida to locate and arrest [the suspect] on an outstanding $750,000 arrest warrant issued by the San Luis Obispo County Superior Court.”

With the help of the Palm Beach County Sheriff’s Office Special Investigations Division/Human Trafficking Task Force, they arrested the suspect, identified as Dominick Alleva, 21 of Boca Raton, Fla., on Nov. 2 for the warrant.
Alleva sits in the West Palm Beach County Jail awaiting extradition to California.

“It is anticipated that Alleva will be returned to San Luis Obispo County to continue court proceedings related to the underlying human trafficking case and fresh charges related to witness intimidation and stalking,” Cipolla said.

Asked by Estero Bay News for additional information about the victim and where in SLO County the crimes allegedly occurred? Cipolla said, “We typically don’t release any details about the victim of a sex crime except to confirm the victim was a minor.”
So it’s unknown at this time whether the victim was a local girl or someone from Florida perhaps who had been brought to California against her will.