SLO Burglar Gets 25 to Life 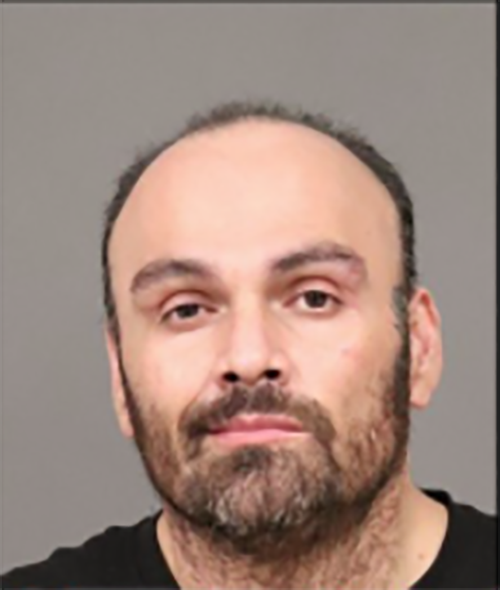 A man who broke into an elderly San Luis Obispo woman’s home, tied her up and robbed her, stealing her truck to make his getaway, has been sentenced to a lengthy prison term, under the State’s Three Strikes Law.

According to a District Attorney’s Office news release, Johnny Jesse Roman, 25, was sentenced to 25-years to life in prison for his conviction “for violent crimes committed during a home invasion robbery in rural San Luis Obispo in February 2021.”

The incident took place on Feb. 13, 2021 and involved Roman forcing his way into the home of a 75-year-old woman, whose name is being withheld because she was the victim of a crime.

Roman tied her up and stole thousands of dollars in cash from inside the residence and then stole her 2006 Chevy Silverado pickup truck.

After Roman fled the scene, the victim remained tied up for several hours, until she was rescued by a family member that had come to check up on her.

Roman fled the state and a police bulletin was sent out nationwide. Roman was apprehended in Virginia in March 2021, after being on the lam for about a month. He was extradited back to California to stand trial.

On Oct. 19, Roman pled no contest to one count of residential burglary, one count of first-degree residential robbery, and one count of grand theft automobile.  The crimes were committed outside the City of SLO in the County Sheriff’s jurisdiction, and the Sheriff’s Department was the lead investigator helped by the D.A.’s investigative department.

Roman was previously convicted of two violent felonies that counted against him under California’s Three Strikes Law, the D.A. said. “These prior convictions were: residential burglary in 2005 and robbery in 2006. His plea to the current crimes and his admission of the prior ‘strike’ convictions subjected him to a maximum sentence of 41-years to life in prison.”

The County Probation department and prosecutor, Deputy D.A. James Graff-Radford had asked Judge Jesse J. Marino to impose the maximum sentence, but he reduced the sentence down to 25-life, forgiving the extra 16 years recommended by the prosecution even though Roman’s victim was an elderly women and along with his previous crimes showed a pattern.

The D.A. said Roman didn’t contest the charges hoping for a lenient sentence and he apparently got it. “Judge Marino exercised his discretion to provide a lesser sentence by striking the additional 16 years in prison that was allowed under California law for these convictions,” the D.A. said.

Because he pled no contest, he can’t appeal the convictions. The D.A. was disappointed.

“Violent crimes,” D.A. Dan Dow said, “committed by career criminals against vulnerable victims deserve especially strong sentences. Our office takes seriously the obligation to protect our community through aggressive and fair prosecution of crime while protecting the rights of crime victims. We will continue to advocate for strong sentences in cases like this in order to prevent future crimes by a particular defendant and to deter others from committing similar crimes.”