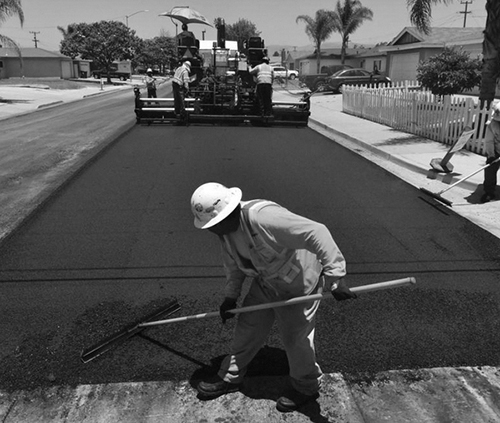 County Supervisors recently awarded a huge contract for maintenance work on about 60 miles of County roads, including nearly every street in Cayucos.

Supervisors awarded the 2020-21 Surface Treatment contract, designed to help preserve the County maintained roads in an acceptable condition and slow their inevitable deterioration further, to Intermountain Slurry Seal, Inc., for over $3.7 million.

International Slurry is a multi-state corporation started in the 1950s in Utah, and is now a division of contracting company, Granite Const.

The County engineering’s estimate was over $4 million, so the low bid came in 8% lower than the County’s estimate. The County also has a contingency amount of $370,172 rolled into the overall project budget for a final total construction amount of $4.07M.

Intermountain was the second lowest of five bidders but the lowest bidder, Roy Allan Slurry Seal, Inc., withdrew its $3.4M bid after discovering it made a math error.

“To summarize,” said a County report, “incorrect tonnage numbers were used to calculate the unit prices and resulted in an approximate decrease in the Roy Allan overall bid amount of $287,000 making their bid materially different.”

“This surface treatment contract is part of the Department of Public Works’ Annual Roads Maintenance Program,” the County said. “This Program provides for the resurfacing of existing paved roads to extend the service life of the pavement and to reduce time spent by the road crews on pavement patching.”

The work will “provide for surface treatment on approximately 60 miles of various County maintained asphalt concrete roadways, with no expansion of the current paved area, and includes upgrades to ADA ramps and parking stalls consistent with the ‘ADA Transition Plan for Public Rights of Way.’ The road segments selected for surface treatment are identified through the County’s Pavement Management system and on-site inspections. “

Of the 60 miles of treatments, Cayucos will be the big winner with 34.4 miles of streets getting the coating. The contract also includes 18.5 miles in the Paso Robles area, 6.8 miles in the Templeton area, and four-tenths of a mile of South Bay Boulevard, from the Morro Bay City Limits to Santa Ysabel Avenue.

The contract has already had four change orders, which includes addressing “the rumble strips on South Bay Boulevard in Los Osos” and adding some ADA improvements to sidewalks and curbs in Cayucos.

The County is using Senate Bill 1 (SB1) gas tax monies for the project.