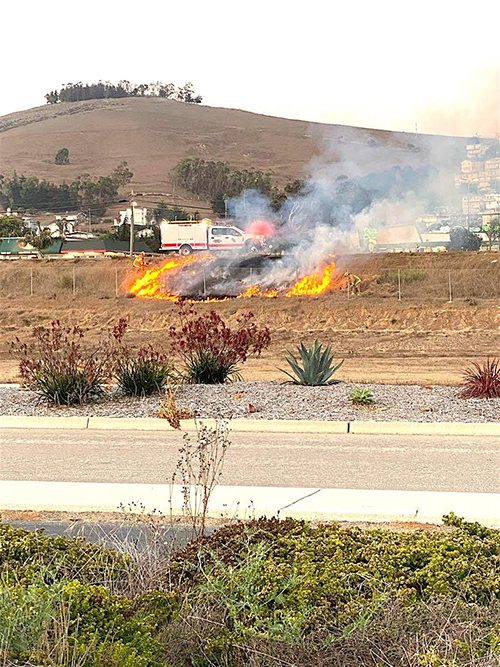 Corrin Lee of Morro Bay took this photo of a small spot fire that erupted Friday, Sept. 17 along Hwy 1 at the Cloisters. The brush fires were quickly extinguished and no injuries reported. Estero Bay News was unable to contact anyone with the Morro Bay Fire Department (it was the weekend) for details on the blazes. However, according to eyewitness reports on the Next Door Morro Bay gossip site, a paramedic crew with Cal Fire spotted the fires first and stopped to fight the flames with hand tools, as they had no water on the paramedic truck. Firefighter crews soon arrived and doused the blazes. There were apparently several that flared up along the roadway heading towards the Hwy 41 off ramp, normally a sign of a car having mechanical difficulty, however, one poster said her son witnessed someone starting the fires and had spoken to police about it.
Photo courtesy Corrin Lee