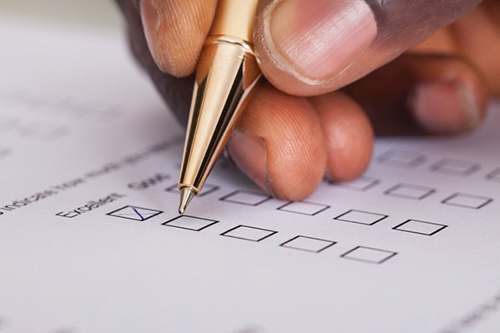 Morro Bay will soon get a new police chief but first, the City is asking residents to weigh in on what qualities and experience the next top cop should have.

The City will be advertising the position soon and City Manager, Scott Collins will be the one hiring a new chief. But before that lengthy process kicks in, the City has posted online a survey for residents of Morro Bay to give input on the type of officer the residents want to see hired.

“The City is currently in the process of receiving input from our community through a survey on the qualities, characteristics, and experience you hope to see in the next Chief of Police,” reads a news release. “Your feedback is anonymous and will help the City identify the knowledge, skillsets, and suitability for the position, and help identify priorities for the next Chief of Police.”

The survey is at: https://polco.us/szsnk8. It takes but a few minutes and is for the most multiple-choice questions.

Current Chief Jody Cox is slated to retire at the end of the year. Collins told Estero Bay News that he was weighing options with filling the position, starting with the survey.

The new police chief will be the seventh to lead the department since 2000, not counting two interim chiefs that filled in while the search was on for a permanent one. They were: Joe Loven, John DeRohan, Tim Olivas, Amy Christie, Greg Allen and Cox.

Loven, DeRohan (and Cox) retired. Olivas left to become Undersheriff and is now retired, too. Christie left to become Police Chief in Pacific Grove and also recently retired, and Allen resigned with no explanations ever given.