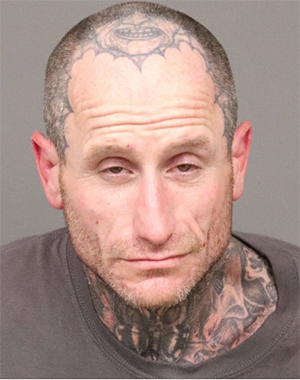 A routine traffic stop led to the arrest of a Los Osos man on suspicion of dealing illegal drugs and the seizure of over a pound of methamphetamine.

Sheriff’s spokeswoman Grace Norris, at 3 p.m. Tuesday, March 30, deputies on patrol pulled over a car for an undisclosed code violation on Mountain View Drive in Los Osos. Deputies reportedly recognized the driver as a local parolee subject to searches.

A parole search, Norris said, uncovered approximately 1.14 pounds of suspected methamphetamine, worth around $5,000 on the street; and 23.3 grams (just less than 1 ounce), of suspected heroin with a street value of $2,500, “both of which were packaged for sales.”

John Arthur Budd, Jr., 46, was booked into County Jail on suspicion of possession of narcotics for sale and transportation of a controlled substance.